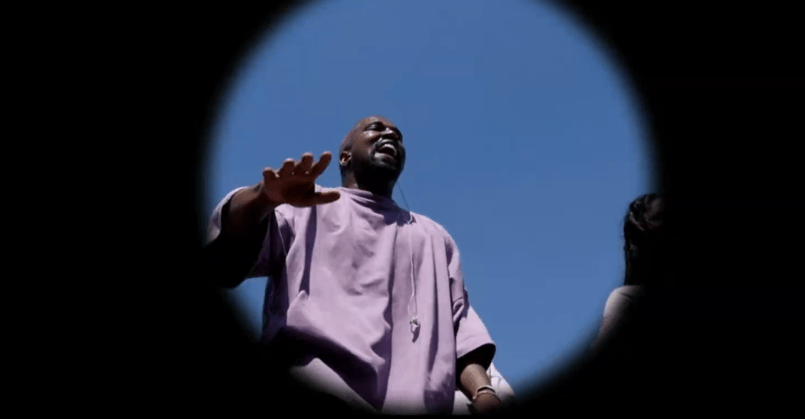 Kanye West brought his weekly Sunday Service gospel series to Coachella in celebration of Easter. The performance took place on “The Mountain,” a hillside within the Coachella campgrounds, and saw Kanye lead a gospel choir and band through an expansive 28-song set of covers and renditions of his own music.

The performance began with instrumental covers of Kool & The Gang’s “Summer Madness”, Stevie Wonder’s “Do I Do”, and The Gap Band’s “Outstanding”. The choir then emerged to sing gospel versions of Kanye’s owns songs, including “Ultralight Beam”, “Power”, “Otis”, and “Fade”, as well as new compositions called “We Have Everything We Need” and “Water”.

For the most part, Kanye left vocals to the choir, though he did take the mic for “All Falls Down” and “Jesus Walk”. Chance the Rapper also made an appearance to perform his part from “Ultralight Beam”, and DMX led the audience in a prayer.

Watch footage of the performance and see the full setlist below.

Yesterday, Kanye made a surprise appearance during Kid Cudi’s own Coachella set, and together the pair performed songs from their Kids See Ghosts collaborative LP.

this moment with kanye, cudi, chance and DMX really got me 😩 #SundayService #coachella pic.twitter.com/uSExFWvfzw