Jay-Z makes surprise appearance at Pharrell’s Something in the Water Festival: Watch

Tyler the Creator, Diddy, Missy Elliott, and Snoop Dogg also dropped in for the star-studded set 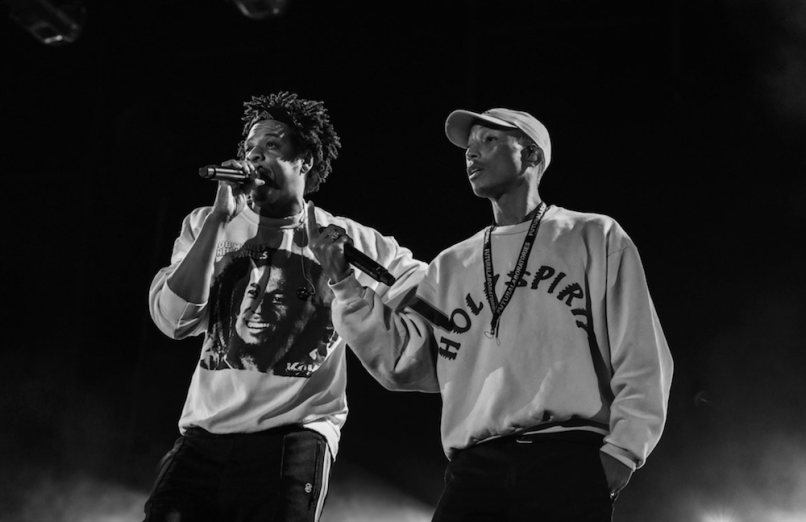 Pharrell Williams launched his Something in the Water Festival over the weekend. After the first day was rained out, fans were in need of something big to make Saturday a memorable day — and Pharrell delivered in a big way

The second night of the Virginia Beach event was headlined by the “Happy” maestro himself, billed as “Pharrell Williams & Friends”. Some of the special guests, including Diddy, Missy Elliott, N.E.R.D., Snoop Dogg, and Busta Rhymes, were announced prior to the performance, but the biggest name made an unexpected appearance to blow everyone’s minds. Barely a third of the way through what ended up being a 37-song, hit-filled set, Jay-Z surprised the crowd by joining Williams for five songs.

Coming out to “Frontin'”, the Jigga Man cut through “Public Service Announcement”, “Izzo (H.O.V.A.), “La-La-La (Excuse Me Miss Again), and “I Just Wanna Love U (Give It 2 Me)”. Watch footage from JAY’s appearance below.

Jay-Z’s appearance followed his own set at New York’s Webster Hall, which included a number of its own surprises. Most notably, Nas reunited with Jay for a jaw-dropping medley that included “Success”, “The World Is Yours”, and “Dead Presidents II”.

It happened. HOVA was here. pic.twitter.com/q8EMJjslkG

@S_C_ performing “Izzo” @sitw. I heard the ? spit “fo shizzle my nizzle used to dribble down in VA” in Virginia Beach! Life is crazyyy. pic.twitter.com/HWeFsvzlpo

There were plenty of other highlights from Pharrell’s set, like the lyrics for Pass the Courvoisier” changing to “pass the Ciroc this way” when Diddy and Busta came out. Or Tyler, the Creator joining for “Who Day Boy” and “See You Again”. Or Missy tearing into “Get Ur Freak On”, “WTF (Where They From)”, and “Lose Control”.

Watch more footage of the night below, followed by the complete setlist (via Setlist.fm).