Grimes wants to do a hologram tour 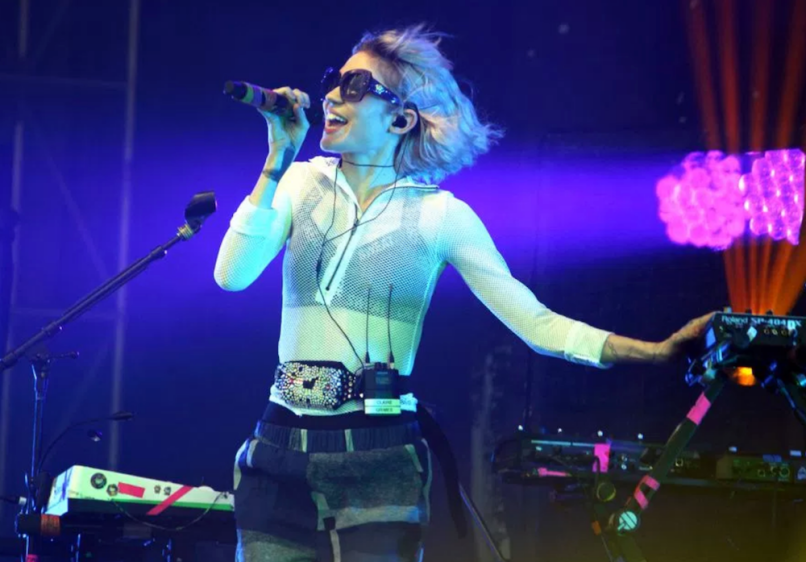 Grimes has changed her name, disowned one of her most critically acclaimed albums, and gone pumpkin picking with Tesla CEO and rapper Yung Elon Musk. In the latest bit of left-field Grimes news, the artist now known as c has expressed her desire to ditch traditional live performances in lieu of a hologram tour.

“I wanna retire from touring,” c revealed in a new cover story for Flaunt magazine. “I wanna do a hologram tour.”

“Why do we keep doing them for dead artists instead of living ones who have stage fright?” she then asked, referring to the planned hologram tours for late music icons Ronnie James Dio, Frank Zappa, Buddy Holly, and Roy Orbison.

While we saw c perform “We Appreciate Power” on The Tonight Show last December, she hasn’t played a proper full concert in well over a year. And if she gets her way, she just may never do so again. Asked if her desire to digitize her performances stems from stage-fright, she replied,

“Oh my god, yes. It’s nightmarish. Apocalyptic. Terrifying, horrible. I can’t hear clapping or cheers — I just hear an echo chamber of death. I black out. Dissociation — I can’t tell what’s happening. After a show I’m always thinking, What happened? And people are like ‘It’s ok!’ I know people like the authenticity of live performance, and I do too. But I’m not a good performer. I’m a director who accidentally fell into this position, and now it’s too late to change. So I need to Gorillaz it — I need to find a way to not have to do the Beyoncé thing as much.”

In a similarly illuminating interview earlier this month, c said she now considers 2015’s Art Angels a “piece of crap” and “stain on my life.” It doesn’t seem like she is much a fan of her new album Miss_Anthrop0cene either, though, as she noted later to Flaunt,

“I hate all these songs now. I might even replace them all. I’m supposed to be finishing the album this month or whatever, but I’ve been making a shit ton of new music instead. Which is a really bad idea. But I’ll probably put out the songs that I said I’ll put out… I think the fans want me to stop making metal, nu-metal. Which I will! I have, I have stopped making metal!”

Elsewhere in the feature, c talked about her plans to never sign with a record label and release fewer albums. Read the full story at Flaunt.

Check out photos from the feature below.

In case you’re still interested in picking up Art Angels (or other Grimes releases) on vinyl, you can do so here.