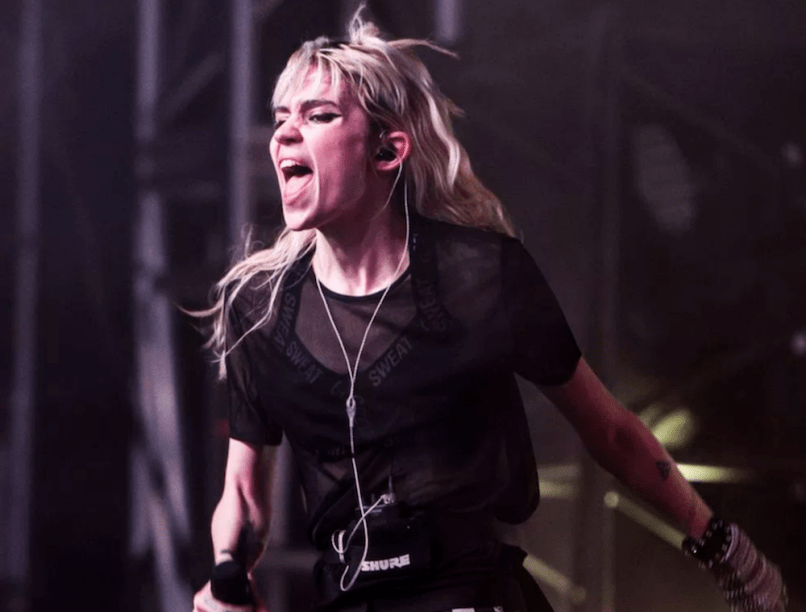 Grimes has really been taking the concept of “Spring Cleaning” seriously. Not only is she going by a new name — “c“, as in the symbol for the speed of light — but she also seems to be distancing herself from her past work.

In a new interview with Cultured, the musician born Claire Boucher had some harsh words for her 2015 album, Art Angels. “The last album was a piece of crap,” c said of the LP, which upon its release garnered wide acclaim, including from us at Consequence of Sound. “I feel like people really misread it and it feels like a stain on my life.”

The Vancouver-born artist said she took issue with the way the Art Angels was framed as “a pop record” rather than a genre exercise in which she demonstrated her range as a producer”.

“I just wish I could make music in a vacuum,” she claims, before retorting, “it’s good to make people mad actually, I retract my statement. If you can make people mad without actually hurting anyone, that’s probably a good thing.”

c also mentioned a couple of songs that are expected to appear on Miss_Anthrop0cene, which is said to be an “amalgamation” of three different albums she recorded over the past few years. One that stands out is “So Heavy I Fell Through the Earth”, a track about the sometimes noxious effects of love.

“Specifically how when a dude comes inside you, you become in their thrall — how it’s an attack on your feminist freedom,” the 31-year-old commented. Interestingly, her relationship with Elon Musk appears to be the backdrop of the song:

“It’s sad how love can be this beautiful thing, but then love is the thing that’s fucking up my career,” she confesses. “The biggest change for me this year is losing my hardcore masculinity. I used to just be free — free of all this bullshit that it seemed like all the other girls were going through, and now I feel like I’m not.”

Another track, “My Name Is Dark”, is said to “about all the people she knows who didn’t vote in the U.S. presidential election.”

Read the full interview here. Miss_Anthrop0cene is due to arrive sometime this summer.

Musk, too, has been trying new things lately. The Tesla CEO dropped a rap song tribute to Harambe this past Monday (really).

In case you’re still interested in picking up Art Angels (or other Grimes releases) on vinyl, you can do so here.