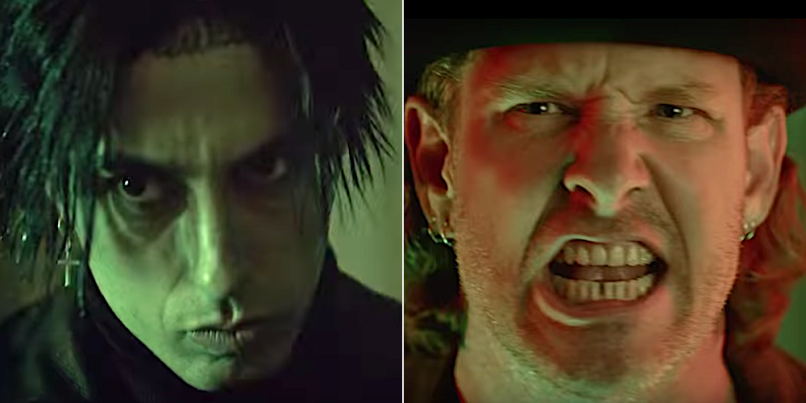 Falling In Reverse have released a new track called “DRUGS” featuring Slipknot and Stone Sour frontman Corey Taylor, along with a disturbingly violent video to accompany the song.

“DRUGS” is Falling In Reverse’s latest single, and marks the third in a trilogy of one-off singles released from the band, the others being “Losing My Life” and “Losing My Mind”. The group released their last album, Coming Home, back in 2017.

Taylor also appears in the video for “DRUGS”, popping up at the 3-minute mark to deliver the intense breakdown. Be warned, as there’s violent imagery throughout, including a chainsaw-wielding Falling in Reverse singer Ronnie Radke causing bloody carnage.

In other news, Falling in Reverse will set off on a U.S. headlining tour later this month with support from Ice Nine Kills, From Ashes to New, and New Years Day. Check out the itinerary below, and pick up tickets here.