"What I'm trying to do is just be creatively free" 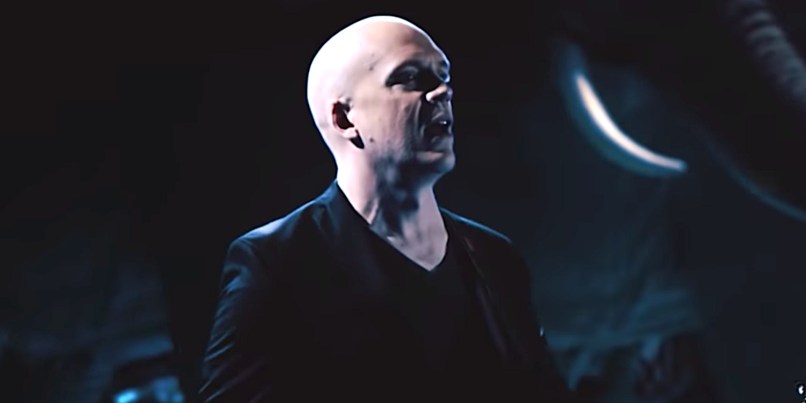 Few modern day rock artists have been a part of as many projects — and taken as many stylistic detours — as has Devin Townsend.

Case in point, concocting the heaviest of heavy metal with Strapping Young Lad, going country/bluesy with Casualties of Cool, and embracing ambient with the Devin Townsend Project (specifically the album Ghost), among other sonic excursions.

And in 2019, Townsend issued his 18th studio album, Empath (credited solely to himself), which turns out to be one of the most stylistically diverse and unpredictable recordings of his career — even switching genres several times within a single composition.

With Townsend set to play an acoustic set when he embarks on a North American trek with Avatar in May, the multitalented musician took some time to chat with Heavy Consequence about the new album and upcoming tour.

ON THE CREATION OF EMPATH

Several years back, I decided to put an end to the Devin Townsend Project, for several reasons. One of which was the parameters of what a rock band can do in comparison to what I was wanting to do. I think the other was that the band was — in the similar way to Strapping Young Lad — starting to gain momentum, and I saw the writing on the wall that in order for this to continue, and for the salaries to continue, and for everybody to continue, it required me simplifying my work in order to make it more user-friendly for the fanbase that was starting to identify with it, as well as the skill-set for the band. And I think maybe in combination with that and just becoming 46 and sort of the midlife crisis thing that tends to appear to most of us at least at this stage, I just started thinking, “OK, well this leads me to a life of kind of indentured servitude towards this one particular thing, that in all honesty, I’m not particularly interested in anymore.”

I felt like the creative juices that had inspired it were used up in the past three or four records. Although I was happy with it, they were not inspiring to me in the ways that some of the earlier work had been. So, I chose to disband it, and use the opportunity to work with a bunch of musicians that I have either wanted to work with, or were things I was not able to afford to do in the past, and make a record that almost analyzed my entire career, and gave me the opportunity to understand my relationship with those things. And make an album that was very dynamic — in terms of the styles that were present in one place, but also, I think that stylistic kind of chaos lended itself to the concept, as well. And it’s ended up being a record that I’m very proud of, and I think turned out as good as I could possibly have done it at that particular time. But it was a ton of work, and it was tiring.

ON THE VARIETY OF STYLES ON THE ALBUM

It came naturally, and it was a happy accident that the theme of empathy required the utilization of different emotional dynamics, because I kept trying to write in one particular style, and it just didn’t seem like the muse — if you want to look at it that way — was having it.

ON THE SINGLE/VIDEO, “GENESIS”

There’s a psychological term — which I’m afraid I don’t know off-hand what the name of it is — that includes consciously allowing all the thoughts that you have, whether they’re positive, negative, destructive, chaotic, whatever, to present themselves without you defining yourself by any of them. It’s basically a process of observing them, to allow yourself to participate with not only where you are, but also, a certain amount of compassion for yourself — as opposed to just constant judgment. And I think “Genesis” is almost like a mission statement for the album, where the idea is to no longer fear your own emotions, yet in order to do that, it requires participating in things that perhaps for a long time you may have felt uncomfortable with about yourself.

I think for me, in the past, I viewed the heavier things that I had done or certain frames of mind that I would get into — negative or what have you — as being aberrations mentally, as opposed to just things that need to be dealt with. So, “Genesis” is almost like saying, “OK, let’s cut the shit and start to deal with this.” And I think the video is chaotic because what I was hopefully trying to represent is as opposed to just hearing the structure and thinking, “OK, this is purposely and provocatively chaotic,” having a visual component allows the audience to see how one thing leads to the next. And my hope is that the representation of that leads people to understand what I’m trying to do is just be creatively free — as opposed to putting any parameters on it this time.

ON THE SOFTEST, HEAVIEST, AND MOST COMPLICATED PIECES OF MUSIC FROM THROUGHOUT HIS CAREER

ON THE MOST AMOUNT OF TRACKS HE USED ON A RECORDING

I never counted, but I can make guesses, and would say Empath would be the clear winner there. I think some of the tracks were upwards of 700. But my mixing process allows it to be sub-mixed down, so I’m never actually dealing with a session with that many tracks at one time.

The reason that I want to do [an acoustic set] is, number one, it gives me a chance to think and put together the right band. But also, the way the music was written and is written, is typically me with a guitar with a bunch of echo. And I think that because I use so many tracks, often times, the song and the fact that they are solid songs can maybe be lost on some people.

So, by bringing it back to just an acoustic guitar and myself, and still having it portray the same emotions that I believe the songs were meant to portray with all that schmutz on it, I think connects people with the work. So, when I finally get out there with Empath with a new band, I think it will clear up a lot of the maybe confusion within the fanbase as to why I would have left the prior band.

Our thanks to Devin Townsend for taking the time to speak with us. Pick up his album Empath at this location, and pick up tickets to his upcoming tour dates here.