Plus, watch their "Boy With Luv" video featuring Halsey 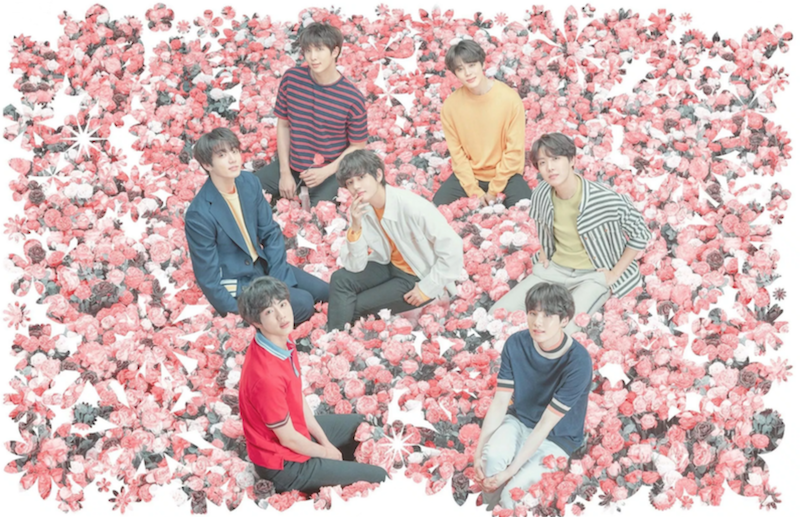 BTS, the biggest boyband in the world, have released their new album, Map of the Soul: Persona. Stream the full 7-track effort below via Apple Music or Spotfiy.

The K-Pop megastars have been teasing the record over the last month, but never dropped an official advance single; when you can sell 2.68 million copies during a pre-sale, who needs advanced listens? What we did get were video previews, including band leader RM’s pure fire on “Persona” and a pair of short teasers for the Halsey collaboration “Boy with Luv”. The album’s other guest contributor, Ed Sheeran, appears on “Make It Right”.

(Subscribe to our BTS Newsletter for the latest news!)

Map of the Soul takes inspiration from classical philosophical influences, with its title derived from  from a collection of works by Swiss psychiatrist Carl Jung called Jung’s Map of the Soul. Track titles, too, make reference to heady concepts, like “Mikrokosmos”, which is Greek for “microcosm,” and “Jamais Vu”, a psychological term for the opposite of déjà vu.

“We find strength and happiness in every moment,” BTS said in a statement. “You’ve given us so much love, and now we want to get to know our fans more. We filled our album with our genuine feelings and the messages that we want to share with you.”

Map of the Soul comes one day before BTS make their big debut on Saturday Night Live. After the show, they’ll head out on their “Love Yourself: Speak Yourself” world tour, tickets for which can be found here.

BTS have also revealed their video for “Boy With Luv”, featuring Halsey:

Map of the Soul Persona Artwork: