Avengers cast recaps the Marvel Cinematic Universe to “We Didn’t Start the Fire” on Fallon: Watch

A parody primer ahead of Avengers: Endgame 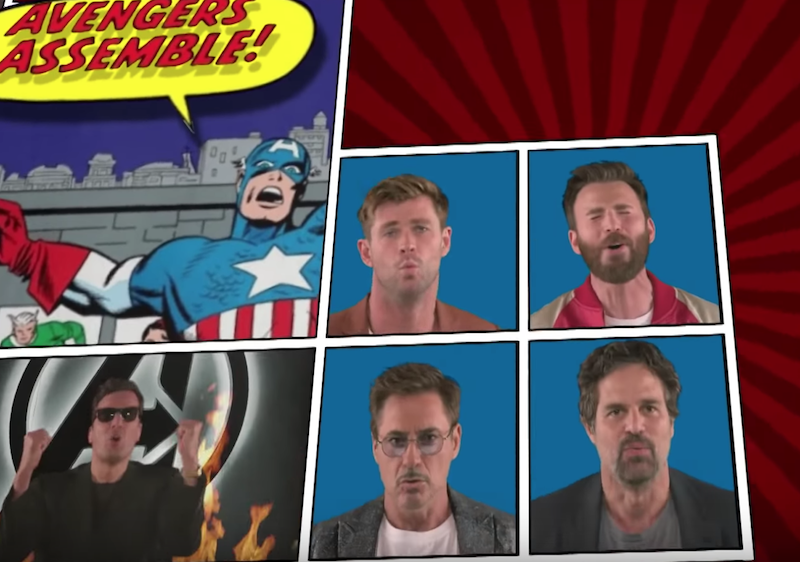 The Avengers on Fallon

We’re just three days away from Avengers: Endgame exploding into cinemas for what is sure to be an emotional, record-shattering conclusion to a decade of Marvel movies. There are all sorts of primers out there to prep for the upcoming final confrontation between our heroes and Thanos, but no one knows the Marvel Cinematic Universe better than the Avengers themselves.

On last night’s The Tonight Show, host Jimmy Fallon assembled the Avengers cast to recap all the characters we’ve encountered in 10 years of the MCU. When it comes to chronicling years of headlines in one catchy package, it’s only logical to pay homage to the original musical history lesson, “We Didn’t Start the Fire” by Billy Joel.

Chris Evans, Chris Hemsworth, Robert Downey Jr., Mark Ruffalo, Paul Rudd, Karen Gillan, Don Cheadle, Danai Gurira, and Brie Larson joined Fallon for the tribute, belting out lines like, “Captain Rogers, World War Two/ Bucky, Peggy, I love you!/ First avenger, here we go!/ Everyone assemble!” It all wraps up as a tribute to the late, great creator of the Avengers, Stan Lee, and a final message from the cast: “We didn’t start the fire/ But when we are gone/ It will still burn on, and on, and on, and on.”