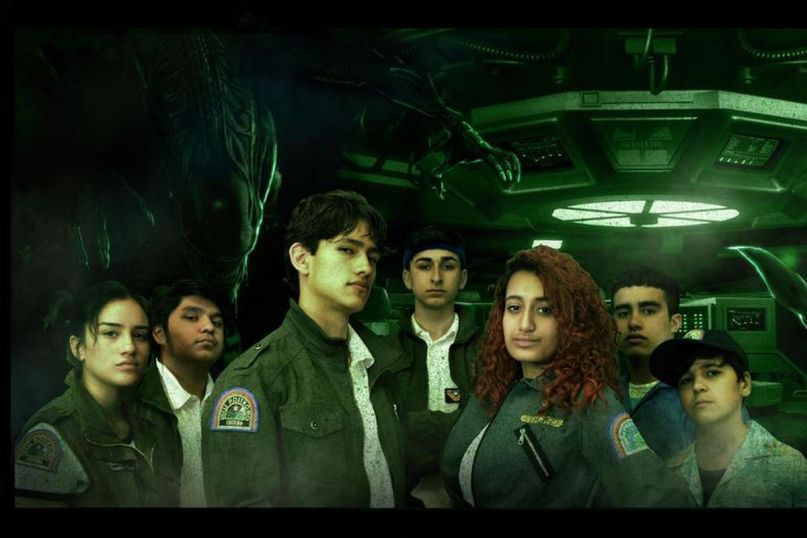 Cast of Alien: The Play

Over the weekend, New Jersey’s North Bergen High School hosted an encore performance of their viral stage adaptation of Ridley Scott’s Alien. In addition to being funded by Scott himself, the event saw a surprise appearance by star Sigourney Weaver.

Now, thanks to either a die-hard fan or a vigilant parent, the entire performance is online. That means you can see how they executed the film’s most iconic scenes, particularly Dallas’ demise, which they cleverly brought to life with game footage from Alien: Isolation.

It’s at times a little hard to see, admittedly, but you can get the gist. If anything, it’ll prove instrumental to any students looking to convince their high school drama department to stage an adaptation of Blade Runner. Goodbye Shakespeare! Farewell Godspell!