Anthrax, Fall Out Boy, and Every Time I Die members avoid becoming a mashup of their bands 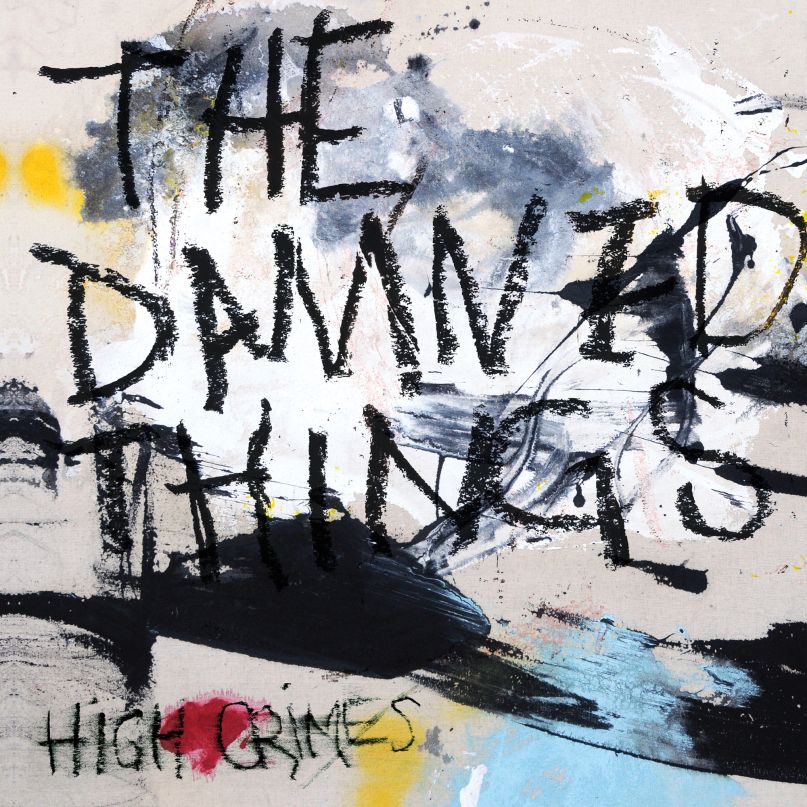 The Lowdown: On paper, the combination of Anthrax-style thrash metal with Fall Out Boy’s brand of pop-punk looks as mismatched as an orange juice and anchovy smoothie. We never find out what that shake would taste like, though, since Anthrax guitarist Scott Ian and Fall Out Boy’s Joe Trohman decided not to simply mimic the styles of their respective bands. Instead, the pair of guitarists — along with Fall Out Boy drummer Andy Hurley, Every Time I Die frontman Keith Buckley, and Alkaline Trio bassist Dan Andriano — pursue a less predictable course on High Crimes, the sophomore LP from The Damned Things.

The Good: As one of thrash metal’s pre-eminent rhythm players, Scott Ian is no stranger to the power of the riff. In The Damned Things, he and Joe Trohman (who writes the lion’s share of the music) find common ground in their shared love for classic rock acts like Thin Lizzy but then expand their reach from there. That said, High Crimes is no stroll down the ‘70s fuzz-rock wing of the retro museum. Buckley follows their lead, showing more range than he normally gets to display. The space and dynamics in the music give his lyrical wit room to shine more than ever before. And even though the members have been busy with their main gigs, their playing on the new album meshes as if they’d been working together for years. The band is obviously having a good time, and perhaps the members’ extended time away from each other only helps breathe new life into old tricks.

The Bad: The musicians on this record sound as energized as they ever have been, and at the end of the day there may not be much to complain about here — other than the fact that it took these guys nine years to follow up their debut album, 2010’s Ironiclast. Hopefully, it won’t take that long for the next one.

The Verdict: With High Crimes, The Damned Things arrive at a truly unique blend of styles. They also marry heaviness and melody without sacrificing the punch or attack of the music, providing a refreshing new twist on heavy rock that came straight from left field. Calling this outfit a “supergroup” is, for lack of a better word, a crime, as The Damned Things exist as a cohesive, captivating, and current hard-rock band.