The Richmond, Virginia band's fourth LP is their fiercest to date 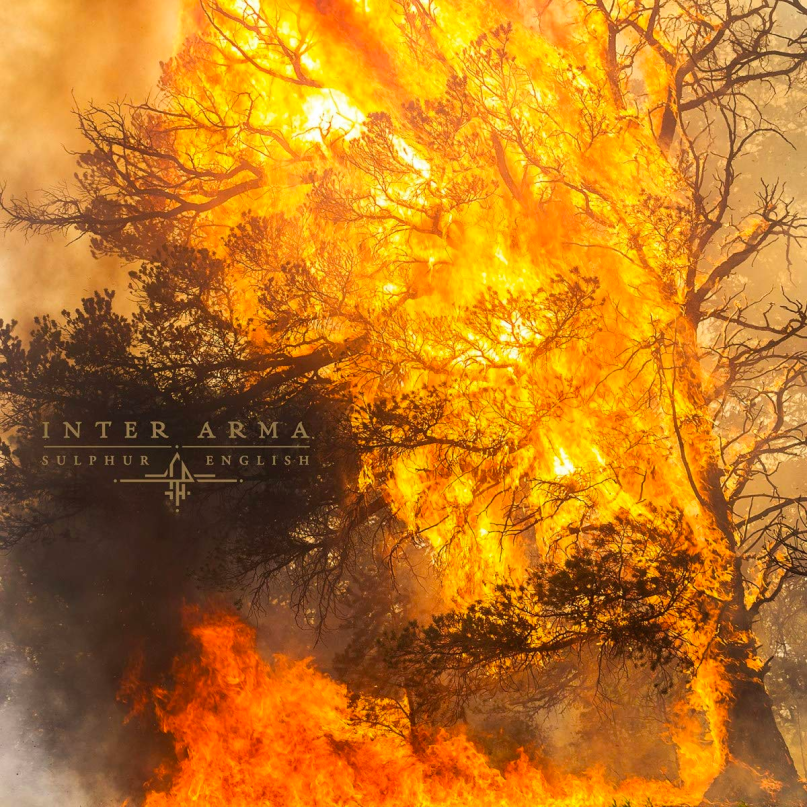 The Lowdown: With every album that Inter Arma has released, they have shown a deeper bag of tricks. The chameleon metal act consistently delivers crushing riffs and booming drums, but have yet to offer similarly sounding consecutive packages. Over the Richmond, Virginia, band’s previous three albums, they have explored doom, black, prog, and sludge metal with no two LPs sounding alike. Their 2016 effort, Paradise Gallows, was one of metal’s best albums that year and saw the band introduce atmospheric and psychedelic elements to their arsenal. When Inter Arma step behind the curtain of the studio, the only guarantee is that when they reemerge, the band will not quite sound the same as before.

The Good: Inter Arma do not present any shocking new elements to their sound on Sulphur English. Rather, this album finds the band creating a much darker dynamic and cohesive sound out of their previous sonic pursuits. The album has a singular sinister atmosphere that all these tracks exist within, yet many of them run through a wide dynamic range. The track “Stillness” opens with beautiful Pink Floyd-like acoustic guitar picking before launching naturally into one of the heaviest doom riffs on the record. “The Atavist’s Meridian” uses its 12-minute track time effectively by running through some of the band’s best takes on death metal, drone metal, and finally sludge metal. Inter Arma prove once again that they can seamlessly weave any metal subgenre into fabric without failure. Sulphur English is a clinic on pacing, song structure, and rhythm as much as it is a headbanging album.

Vocalist Mike Paparo growls, screams, and howls his way through this album in so many different ways, it’s astonishing to realize he’s the only primary vocalist. Parparo has no problem bellowing long sustained notes during the album’s heavier doom portions, while easily belting a guttural death metal scream when the band picks up the pace. Throughout the album, Paparo delivers personal and political lyrics with a great snarling inflection in his voice that oozes a Rob Halford-like confidence, especially when he sings more traditionally.

The Bad: Sulphur English loses a bit of steam by the end. The closing two tracks fail to pack the punch that the opening seven tracks provide. Almost every track on this album is long and when the ideas are not as sharp or novel, as on “Blood on the Lupines” or “Sulphur English”, getting through them can feel like a bit of a chore. The riffs, atmosphere, heaviness, and progressive transitions are all done better on earlier tracks, especially “Stillness” and “The Atavist’s Meridian”.

The Verdict: This is undoubtedly the band’s fiercest record. After the downright pretty Paradise Gallows, the band has taken a drastic left turn, creating a heavy album injected with enough doom and death metal passages to put any comparison to ’70s prog behind them. Sulphur English is not the radical new tweak in Inter Arma’s sound that Paradise Gallows was, rather it finds the band pulling together just about every different genre they do well and offering a focused and cohesive album. No act in metal has a wider gamut than Inter Arma, and Sulphur English is proof that they can execute most subgenres better than plenty of one-tracked bands. They may not have conjured any dazzling new tricks on Sulphur English, but Inter Arma’s wizardry has never been executed more cleanly and effectively.