Song of the Week: Carly Rae Jepsen Explores New Pop Perspectives on “Now That I Found You” 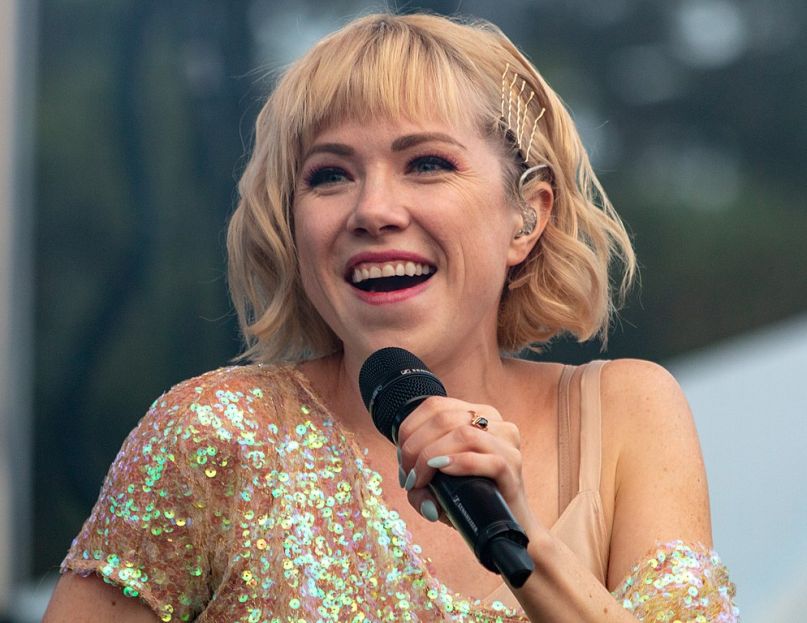 Carly Rae Jepsen’s superpower is being able to write a song that you will listen to over and over again without ever having the courage to tell anyone that you actually like it. Getting ready to release her first album since 2015’s Emotion, Jensen has matured along with her bubbly pop songs. She’s no longer interested in meeting anyone new, and she’s found the right person and has discovered the joys of long-term intimacy. New experiences lead her to new perspectives on “Now That I Found You”, and she seems destined to take advantage of her situation in her own way.

Jepsen teams up with premiere talent, the producing team of Captain Cuts, to help guide her on this newfound growth. The beats are clean and the synths are eclectic and give off the impression that the song is trying to be more modern than just strictly catchy. “You know me way too well to keep it complicated/ I don’t wanna hide my love/ I don’t wanna waste it.” Jepsen has clearly moved beyond a crush and into full-fledged romance. If she keeps this up, she has an unlimited stockpile of material at her disposal that could dominate the airwaves and streaming services for months. The ball is in Ms. Jepsen’s court now.

Not even a year after the release of their debut LP, these Australians are back with a dreamy piece of indie rock that is sure to appeal to everyone awaiting Real Estate’s next release. The reverb is present and this song alone may be enough to summon spring for us. —Parker Reed

The Strokes guitarist hits the reset button with a look back on high school and teenage romance. A catchy chorus and strong guitars make this single one of Hammond’s best songs in years. —Brad Dountz

Hatchie – “Without a Blush”

This boomy slice of pop has feet in many camps. With production that’s in with the current synth-soaked worship and songwriting that has a taste of what was offered to us a decade or two ago, Hatchie have the promise of fulfilling your desire for a new wave of acts in the vein of CHVRCHES. —Parker Reed

Every once in a while, a song accomplishes exactly the emotional breadth it sets out for; “Deep Love” is a prime example, a building but not overstated monument to gratitude that fixes powerhouse songwriter Lady Lamb within the world of a bad day and finds her using her truly felt love and goodwill to lift herself out of it. –Laura Dzubay

A touch of emo/pop-punk for your week, PUP come out kicking with an aggressive vocal delivery that will make you reach for your glass of water. The rest of the instrumentation is fairly run-of-the-mill, but this sort of thing is carried by the melodies. If you’re into this kind of stuff, you’ll approve. —Parker Reed

It sounds like Donnelly has quite a lot to say about the man in her life. However, she still has the composure to keep her sound opened up to let all the sunshine in even when she gets super personal. Her layered guitars strike you in so many ways you won’t be able to tell if this is one of her tricks or not. –Brad Dountz

You are never too old to hit the clubs. Marr opens up his arms to vibrant synths and strapping drums to unleash a perfect banger to listen to while pregaming that sounds like The Killers in their prime. Marr hasn’t felt this free since he and Morrissey were on speaking terms. –Brad Dountz

Tierra Whack’s latest single deploys her unmistakable rapping abilities and her impossibly catchy musical instincts in a simultaneous effort, scorning artistic imitators against a looping rhythm that hammers in the inimitable persona that makes the track truly stick in the way that it does. —Laura Dzubay

A “UFO friend” is a more familiar concept than it might sound, and Brooklyn band Big Thief set about proving it on their new single, “UFOF”, a track almost as haunting as it is soothing, circling back again and again to the softly delivered promise of its refrain: “Just like a bad dream, you’ll disappear.” —Laura Dzubay