School of Rock star Joey Gaydos Jr., aka Zack-Attack, arrested for stealing guitars and an amp

To be fair, he could be coming down with Stick-it-to-da-man-neosis 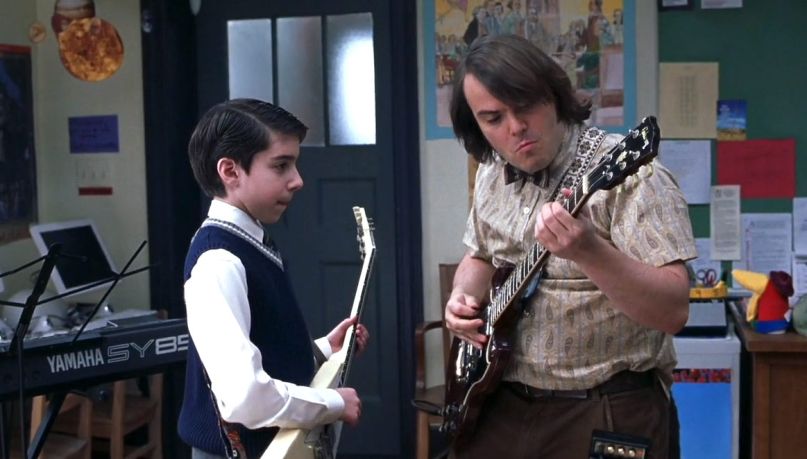 Joey Gaydos Jr. and Jack Black in School of Rock

Joey Gaydos Jr., aka “Zack-Attack” Mooneyham in Richard Linklater’s School of Rock, has hardly been the teacher’s pet these days. Now, he’s jamming out to the ol’ “Jailhouse Rock”.

According to TMZ, Gaydos, Jr. is facing felony charges in Florida for larceny and grand theft after cops busted him not once, not twice, not thrice, but four times over the past five weeks for stealing guitars and an amplifier.

Cops told TMZ that Gaydos, Jr. has been walking in and out of guitar shops with guitars after testing them, only to unload them at pawn shops. So far, he’s taken an $800 Les Paul Epiphone Prophecy, a $700 Fender Strat, and a $1900 Gibson Les Paul gold top. He tried nabbing an amp on his latest go-around.

As for why he’s stealing them, Gaydos, Jr. admitted to having a drug problem to the cops and entered a not guilty plea in court for the guitars. He’s yet to give a plea for the amp, though it’s quite possible that the legend of the rent was simply way hardcore.

(Read: What Ever Happened to the School of Rock Kids?)

This isn’t the first run-in with the law for Gaydos, Jr. In 2009, he was arrested for an underage DUI in Michigan after cops reported that he was trying to drive away from a Taco Bell while intoxicated.

Revisit Zack’s better days with the class below, specifically their 2013 reunion in Austin.