The chilling first trailer for Scary Stories to Tell in the Dark has arrived: Watch 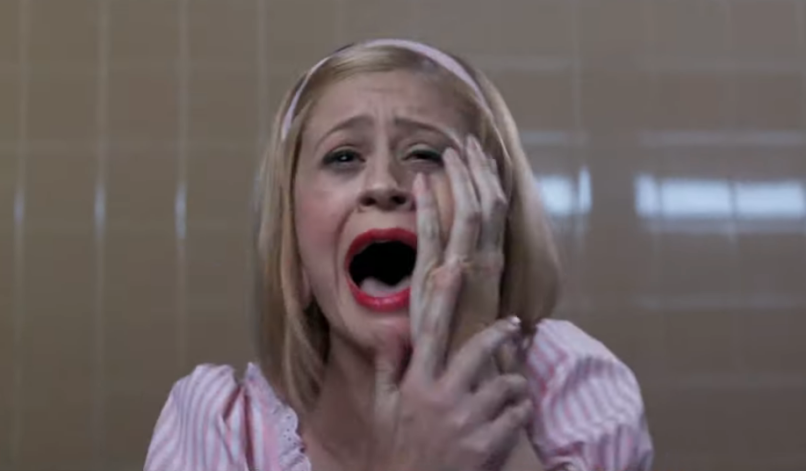 Scary Stories to Tell in the Dark

Halloween’s coming a few months early thanks to the new film Scary Stories to Tell in the Dark, which creeps into theaters August 9th. Based on Alvin Schwartz’s classic trilogy of books, the big screen adaptation was written by Daniel Hageman, Kevin Hageman, and Oscar-winning director Guillermo del Toro.

In February, we were given a few sneak peeks at the folklore that informs Schwartz’s eerie tales, which are centered around a small town’s sudden wave of mysterious deaths. Today, even more goosebumps await us thanks to the chilling first official trailer for Scary Stories to Tell in the Dark.

Scary Stories was directed by André Øvredal and stars Zoe Colletti, Michael Garza, and Dean Norris, among others. Read on below for a full synopsis of the forthcoming horror feature.

It’s 1968 in America. Change is blowing in the wind…but seemingly far removed from the unrest in the cities is the small town of Mill Valley where for generations, the shadow of the Bellows family has loomed large. It is in their mansion on the edge of town that Sarah, a young girl with horrible secrets, turned her tortured life into a series of scary stories, written in a book that has transcended time — stories that have a way of becoming all too real for a group of teenagers who discover Sarah’s terrifying tome.

"This is an evil place. Flee while you can…"#ScaryStoriesMovie pic.twitter.com/rvKmhYDHJW