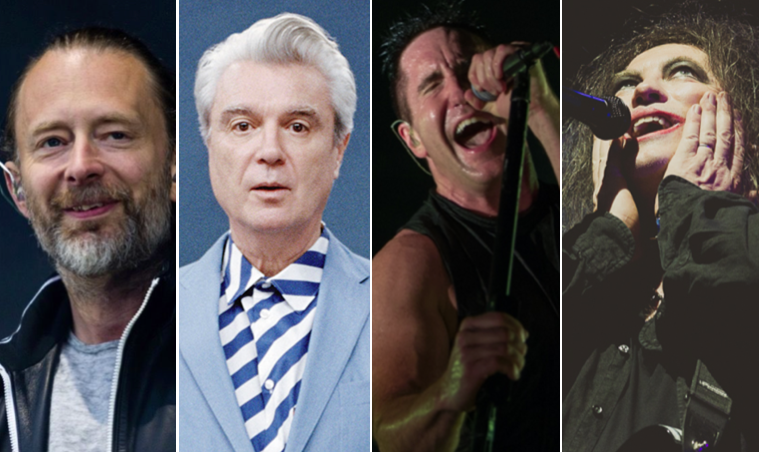 On a March 29th, a new class of music legends will be inducted into the Rock and Roll Hall of Fame. This year’s honorees include Radiohead, The Cure, Janet Jackson, Stevie Nicks, Roxy Music, Def Leppard, and The Zombies.

As per tradition, a number of other music luminaries will be on hand to introduce the class. Most notably, Talking Heads frontman David Byrne will present Radiohead. It’s a fitting choice given that Radiohead’s name is derived from the Talking Heads 1986 song “Radio Head”. Unfortunately, Radiohead frontman Thom Yorke will not attend the ceremony due to scheduling conflicts.

Nine Inch Nails’ Trent Reznor has been tapped to introduce The Cure. Reznor has been a fan of The Cure since he was 18, as he told The Quietus in interview last year. “The Cure were one of those bands that really struck a chord and Head On The Door is the album that made them really important to me. I got into that and then worked my way backwards. That album got me through a lot of long dark times. I felt that this Robert Smith guy really understood who I was and I loved The Cure from that point on.” Last year, Smith personally booked Nine Inch Nails to play his Meltdown Festival.

Reznor, previously said he “couldn’t given less of a shit” about the Rock and Roll Hall of Fame (NIN has not received a nomination since 2016). However, it seems he’ll feign interest, at least for one night, due to his love of The Cure.

The induction ceremony will take place March 29th at Barclays Center in Brooklyn. A TV broadcast of the gala will air on HBO at a later date.