Dennis Lyxzén: New Refused album will make “more sense” for fans who love The Shape of Punk to Come

"We have a new record that’s almost done -- not quite" 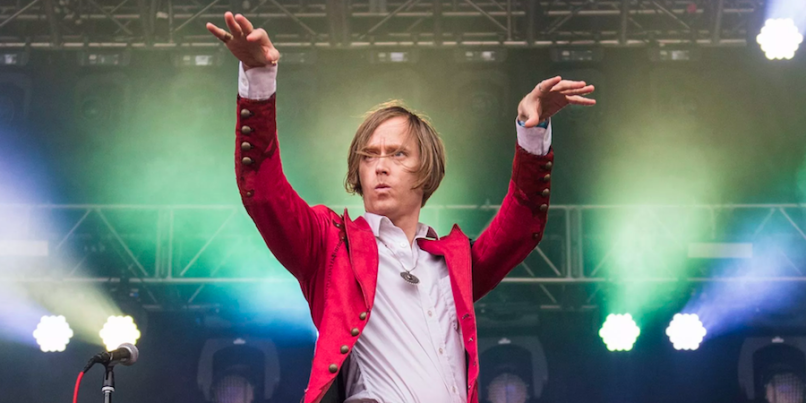 Swedish hardcore punk heroes Refused returned with their first album in 17 years when they released Freedom in 2015, but frontman Dennis Lyxzén now says the band is working on “the record that people wanted us to do last time.”

Prior to Freedom, Refused last unleashed the now iconic 1998 album, The Shape of Punk to Come, only to break up a few months after its release. They re-formed in 2012 to start playing shows again, before releasing Freedom a few years later.

While appearing on latest episode of the “Someone Who Isn’t Me” podcast, hosted by BBC 1’s Daniel P. Carter, Lyxzén offered an update on the band’s next album. “We have a new record that’s almost done — not quite,” he began. “It’s been one of those, in typical Refused fashion, it’s just been going on for a long time and no one’s enjoying the process of making the record and it’s been kind of grueling. But we’re almost at the finishing line, which feels great. It feels like it’s gonna be a really fantastic record.”

Lyxzén went on to admit that Freedom may not have satisfied fans who were enamored with The Shape of Punk to Come. “I think this is the record that people wanted us to do last time,” he explained. “But I think it’s good that we did Freedom last time, cause it kind of levels the playing field… It’s not like we’re gonna do The Shape of Punk to Come 2 — ’cause that’s not it.”

He added, “But I think that the people who love Shape will be like, ‘Oh yeah, this makes a little bit more sense,’ because we just had to level the playing field a little bit for ourselves.”

During Refused’s absence, Lyxzén fronted another stellar band, The (International) Noise Conspiracy, but kept noticing “Refused stuff” all around him. “Refused was an entity that did not belong to us for a very long time. I mean I was the guy — I was touring — and I saw all this Refused stuff and I was like ‘that’s so crazy.’ Like that’s not me, it doesn’t belong to me.”

He concluded, “I think Freedom was just reclaiming the band and reclaiming these ideas. And now we’re just a bit more comfortable and a bit more relaxed and I think we know what type of band we are. And I think it’s gonna show on this new record, I think people are gonna listen to it and be like, ‘Ohhh, alright. I get it.’”

While we await the new album from Refused, the band will embark on a US tour this spring, sharing the stage with fellow Swedish punk act The Hives. Among the dates are gigs at the Sonic Temple festival in Columbus, Ohio, and Punk Rock Bowling & Music Festival in Las Vegas.

See Refused’s US tour dates below and grab tickets here. And if you’re not familiar with the genius that is The Shape of Punk to Come, pick up a copy on vinyl or other formats at Reverb LP.

Episode 28 with Dennis Lyxzén (@Lyxzenofficial) of @Refused is now online.
We talk about Refused, it’s legacy & where it goes next, plus his new band Fake Names.
Listen on Acast, iTunes, Spotify or your preferred platform.
Search: Someone Who Isn’t Mehttps://t.co/jsBAkHACLC pic.twitter.com/tycidhR0Y0