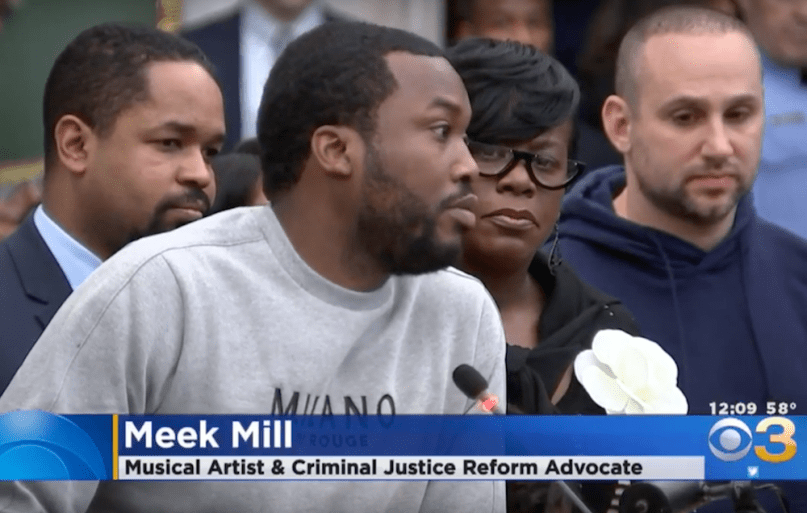 Meek Mill is being honored with his not just his very own day, but an entire weekend in his Philadelphia hometown. Today, March 14th, is officially dubbed “Meek Mill Day”, but the City of Brotherly Love has declared March 15th-17th “Meek Mill Weekend”, according to CBS 3 Philly.

The 31-year-old MC is being lauded for his contributions as both a musician and fervent criminal justice reform advocate. In April 2018, Mill was released from prison after the Supreme Court of Philadelphia overturned his controversial, heavily-criticized sentence for violating probation.

Mill’s harsh sentencing was seen as emblematic of the country’s broken criminal justice system and its unfair treatment of adult black men. With the help of longtime supporter JAY-Z, Mill recently launched an organization whose aim is to “[advance] criminal justice reform and [eliminate] outdated laws that perpetuate injustice, starting with probation and parole.”

“The one time that my City of Philadelphia showed me support was the one time I came out of prison and I want to show the support back and do it for the people that actually stood up for me,” Mill said of today’s exciting announcement. “That means a lot.”

Philly’s City Council President Darrell Clarke made the proclamation on a citywide level Thursday morning. The accolades will also be supported on a statewide level with a declaration from Pennsylvania State Senator Sharif Street.

“Meek Mill Day” and “Weekend” coincide with Mill’s “Motivation Tour”, which rolls into the city both Friday and Saturday. The trek comes in support of Championships, his latest album and first since his time spent behind bars. Grab tickets to the tour here. To purchase the album and Mill’s other releases on vinyl, head over here.