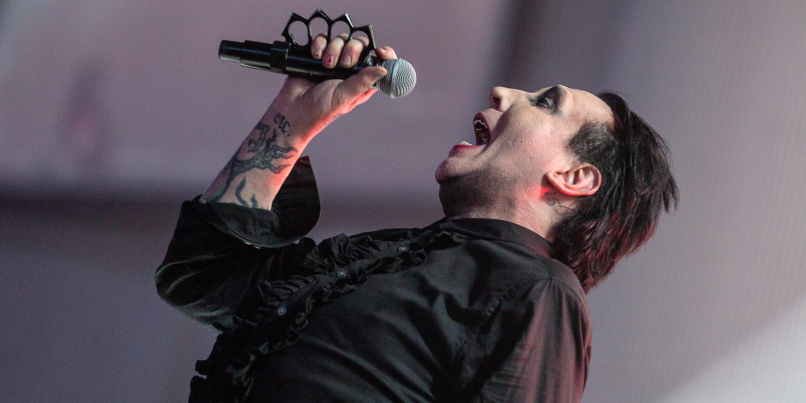 It looks like we’ll see new music from Marilyn Manson this year. Yesterday (March 16th), the Antichrist Superstar informed fans via Instagram, “On my way to @shooterjennings to finish my new album.”

The new Manson disc will follow 2017’s Heaven Upside Down, and, if released this year, will mark the shock rocker’s fourth studio album of the decade, including 2012’s Born Villain and 2015’s The Pale Emperor.

Until now, not much has been reported on new Manson music, other than a brief mention that he was working on the follow-up to Heaven Upside Down in a press release for his upcoming summer tour with Rob Zombie.

That trek, dubbed “Twins of Evil: Hell Never Dies Tour 2019”, kicks off July 9th in Baltimore, Maryland, and runs through an August 18th show in Gilford, New Hampshire. Tickets for the tour can be found here.

In other news, you can catch Manson as a guest on Walking Dead star Norman Reedus’ motorcycle road-trip show Ride tonight at 12:14 a.m. ET (just past midnight) on AMC. Watch a sneak peek of the season finale below.