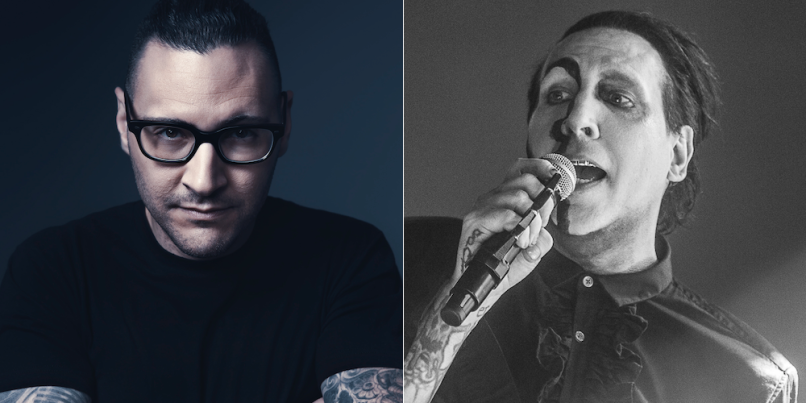 Marilyn Manson will need to find a new drummer before kicking off his tour with Rob Zombie this summer. Gil Sharone, whose been manning the drum kit for Manson the past five years, has announced that he is leaving the shock rocker’s eponymous band.

Sharone revealed the news in a Facebook post, stating, “After five amazing years playing drums for @marilynmanson, I’ve decided to leave the band. It’s been one of the highlights of my career but it’s time for me to pursue other current and future projects. Much love to @marilynmanson and the homies I shared the stage with; @jeordie @tylerbatesofficial @paulwileymm @j_alderete and to the fans. It’s been a blast.”

In addition to touring with the band, Sharone played drums on the last two Manson albums — 2015’s The Pale Emperor and 2017’s Heaven Upside Down.

Additionally, Sharone was once a member of The Dillinger Escape Plan from 2007 through 2009; filled in on drums for the Blink-182 side project +44; and contributed to Maynard James Keenan’s band Puscifer.

Marilyn Manson, meanwhile, recently hit the studio with producer Shooter Jennings to finish work on his next album. It’s not clear yet who will be playing drums on the disc. Manson’s “Twins of Evil: Hell Never Dies Tour” with co-headliner Rob Zombie kicks off July 9th in Baltimore, Maryland. Tickets for those shows are available here.