Slava Tsukerman's iconic midnight masterpiece is getting the Mondo treatment 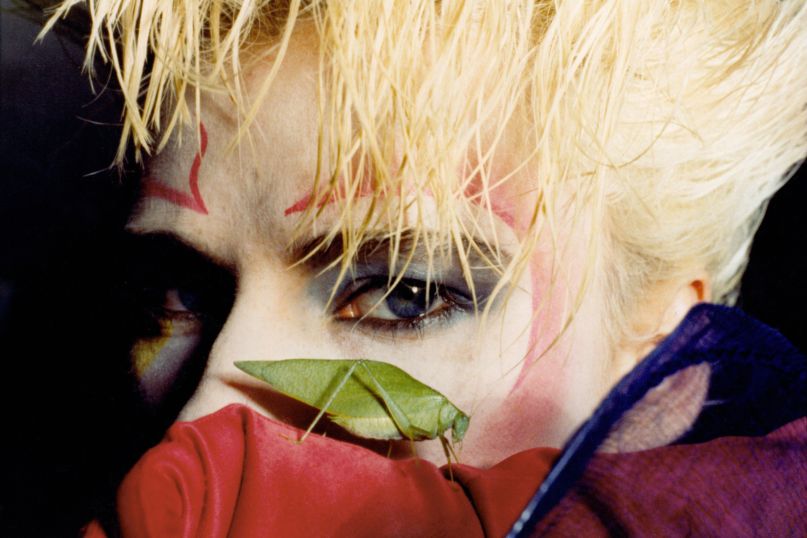 There is no other movie like Liquid Sky. Slava Tsukerman’s 1982 sci-fi cult classic is a one-of-a-kind midnight masterpiece, fueled by sex, drugs, and aliens, the kind that don’t demand Speak and Spells but endorphins from heroin-rattled hipsters in New York.

It also has one hell of a soundtrack, which is why Mondo got its hands on it. Yes, for the first time in 35 years, Tsukerman’s avant garde score will be available in its original analog format, and naturally, it’s going to look as vivid as the film.

No shit. Not only is the hallucinatory score being pressed to equally hallucinatory Tri-color starburst splatter vinyl, but it’s also getting brand new artwork by artist Jack Hughes, who even sought out the approval of Tsukerman himself.

(Read: The 20 Best Sci-Fi Albums: From Misfits to Radiohead)

Mark your calendars, though: The record goes on sale Wednesday, March 13th at 12 p.m. CT via MondoTees.com. Seeing how Nicolas Widing Refn and Lady Gaga are among its many fans, you’re likely to have competition as you hit refresh.

Take a look at the release below, followed by its tracklist and the film’s original trailer.