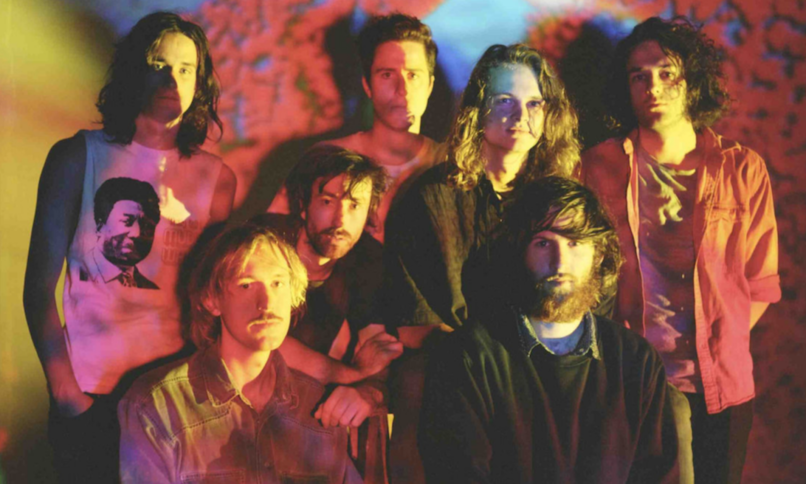 King Gizzard and the Wizard Lizard

Two years ago, King Gizzard & The Lizard Wizard took the world by storm with the release of five full-length albums. After having a chance to catch their breath, the prolific Australian rockers are back with their latest offering. It’s called Fishing For Fishies and due out on April 26th.

The album’s cover art (see below) looks to be a reference to their 2017 concert LP, Murder of the Universe, which included a chapter about a cyborg named Han-Tyumi.

Update – 10:45 p.m. EST: King Gizzard have unveiled more details of the album, including its tracklist. They’ve also released the title track along with its music video, which you can see here.

A press release describes Fishing For Fishies as “perhaps their most perfectly-realized album to date. Here is a world where the organic meets the automated; where the rustic meets the robotic. Where the past and future collide in the beautiful present.”

“We tried to make a blues record,” says frontman Stu Mackenzie. “A blues-boogie-shuffle-kinda-thing, but the songs kept fighting it – or maybe it was us fighting them. Ultimately though we let the songs guide us this time; we let them have their own personalities and forge their own path. Paths of light, paths of darkness. This is a collection of songs that went on wild journeys of transformation.”

Previously, the band released “Cyboogie” as the album’s first single.

King Gizzard will embark on a US tour beginning in August, and you can get tickets here.