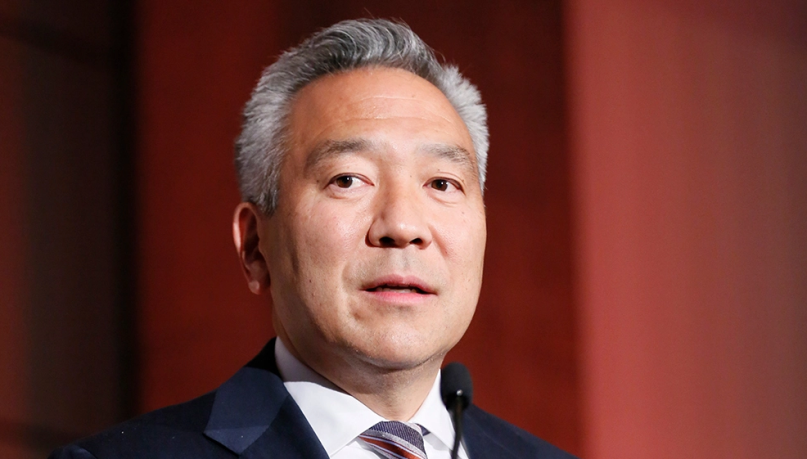 Effective this morning, Warner Bros. Entertainment CEO/chairman Kevin Tsujihara will no longer be serving in either position. The studio exec has stepped down as the direct result of allegations involving bribery, extortion, threats, and an alleged affair between Tsujihara and a young actress who performed in multiple WB features following their involvement. Tsujihara had served in both positions since 2013, and was responsible for overseeing such blockbuster franchise projects as the Fantastic Beasts spin-offs and the beginning of DC Films’ major production resurgence.

On March 6th, The Hollywood Reporter broke the initial story about Tsujihara and actress Charlotte Kirk, who was reportedly introduced to the studio head by Australian billionaire James Packer (one half of former WB affiliate Ratpac Productions, along with Brett Ratner) in the form of a late-night meeting between Tsujihara and the aspiring performer. According to text messages obtained by the Reporter, Kirk and Packer engaged in several tense exchanges over her claims that he had passed her off to Tsujihara for sex in advance of a major 2014 partnership being announced between Warner Bros. and Ratpac. (The partnership was cancelled in 2017 after sexual misconduct allegations were levied against Ratner.)

For his part, Tsujihara agreed to work on finding industry openings for Kirk under condition of discretion and secrecy. Though the physical affair was brief, Kirk remained connected to Tsujihara over the following months and years before eventually being transitioned into a small handful of auditions and roles in Warner projects, including Ocean’s 8 and How To Be Single. However, the wrangling continued between Kirk, who began threatening to involve lawyers if the casting agreement wasn’t met, and Tsujihara, who according to images in the Reporter had promised her exactly that throughout their affair. While Tsujihara, Packer, and Ratner repeatedly attempted to place her on projects with other, loosely affiliated studios, Kirk never secured any sort of major role. The claims are still under investigation.

Now, less than two weeks after the initial story broke, Tsujihara will leave Warner Bros. without a replacement announced (as of this writing). WarnerMedia CEO John Stankey said in a statement,

“It is in the best interest of WarnerMedia, Warner Bros., our employees and our partners for Kevin to step down as Chairman and CEO of Warner Bros. … Kevin has contributed greatly to the studio’s success over the past 25 years and for that we thank him. Kevin acknowledges that his mistakes are inconsistent with the Company’s leadership expectations and could impact the Company’s ability to execute going forward.”

In his own memo to colleagues, Tsujihara acknowledged that the controversy would negatively impact the entire company:

Over the past week and a half, I have been reflecting on how the attention on my past actions might impact the company’s future. After lengthy introspection, and discussions with John Stankey over the past week, we have decided that it is in Warner Bros.’ best interest that I step down as Chairman and CEO.

I love this company and the people that make it so great. I’ve been honored to head this organization and work alongside all of its talented employees over the past 25 years. Together we’ve built this studio into an unequivocal leader in the industry.

However, it has become clear that my continued leadership could be a distraction and an obstacle to the company’s continued success. The hard work of everyone within our organization is truly admirable, and I won’t let media attention on my past detract from all the great work the team is doing.

I am overwhelmed and grateful for the outpouring of support I have received from colleagues and industry partners during this difficult time.

Again, I am so proud of the great work that you do every day to make Warner Bros. the gold standard in our industry. It has been a pleasure to work alongside each and every one of you, and I wish you all the absolute best.”

Consequence of Sound will continue to monitor this story as it develops.