Available for the first time since it originally aired on TV 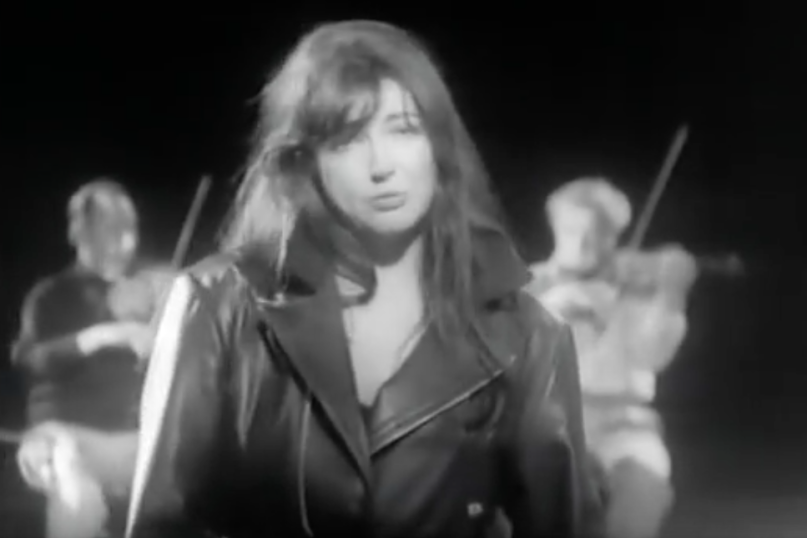 On March 22nd, Kate Bush will release a collection of rarities and B-sides called The Other Side. To preview the four-CD set, Bush has been sharing a series of music videos that haven’t been officially availabe since their original TV broadcasts. First came her cover of Elton John’s “Rocket Man”, followed by an Abbey Road Studios performance of “Under the Ivy”. Today, she’s back with the clip for another cover song, George and Ira Gershwin’s “The Man I Love”.

Recorded in 1994 for harmonica player Larry Adler’s The Glory of Gershwin tribute album, the track was produced by The Beatles collaborator George Martin. It’s a pretty faithful rendition of the Gershwin classic, with jazzy instrumentation keeping Bush’s trademark swooping vocals on a straight path. Speaking of the song in a statement, Bush said, “I was very fond of George — such a special talent and creative spirit, a really gentle man, very kind and incredibly interesting. It was a great honour to work with him and Larry.”

The video, meanwhile, was directed by Kevin Godley, whom Bush had worked with previously on the video for Peter Gabriel’s “Don’t Give Up”. “Kevin chose to present the video in a very traditional way,” Bush said, “which suited the song extremely well.”

Pre-order The Other Side now, and grab some more Bush vinyl over at ReverbLP.

Read Bush’s complete statement on “The Man I Love”:

This romantic song was written by George and Ira Gershwin and when Larry Adler put an album together of their songs, called The Glory of Gershwin, he asked me to sing this beautiful song. The album was produced by George Martin. I was very fond of George – such a special talent and creative spirit, a really gentle man, very kind and incredibly interesting. It was a great honour to work with him and Larry. George and Larry were very different personalities ( Larry was a real character), but they made a great creative combination.

It was released as a single and Kevin Godley directed the video. I loved working with Kevin – so imaginative and great fun. I’d worked with him and Lol Creme when they directed the video for Peter Gabriel’s song, Don’t Give Up. Kevin chose to present the video in a very traditional way which suited the song extremely well. Godley and Creme are huge talents who left their mark not just in the music industry with their intelligence and wit in the band 10CC but also in the visual world with their groundbreaking videos, working with an impressive list of diverse artists.

This is the first time this video has officially been released since its original TV broadcast.