"I'm here to induct the Queen of Black Girl Magic." 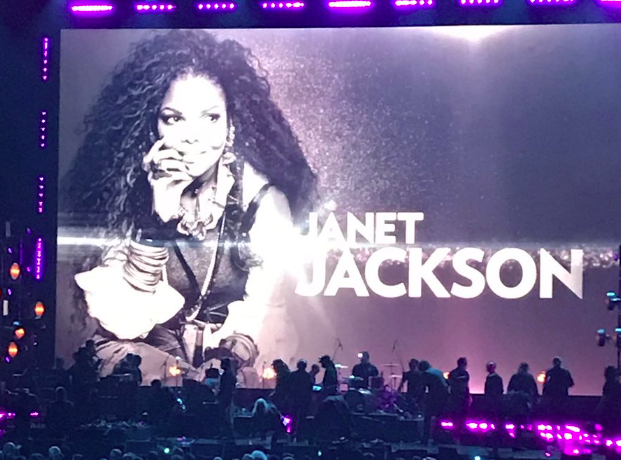 Janet Jackson at Rock and Roll Hall of Fame

Friday night saw the Rock & Roll Hall of Fame class of 2019 formally inducted during a ceremony at Brooklyn’s Barclays Center. Helping welcome pop icon Janet Jackson into the ranks of music history was an artist some might describe as the heir apparent to Miss Jackson’s legacy, Janelle Monáe.

Having the Dirty Computer singer welcome the leader of Rhythm Nation into the Rock Hall made a lot of sense. Jackson’s history of groundbreaking pop music and self-actualization undoubtedly paved the path Monáe has walked down. As the modern star said of her predecessor during the speech, “I’m here to induct the Queen of Black Girl Magic.”

“She is a bold visionary, a rule breaker, a risk taker and a boundless visual artist. Quite simply y’all, there is only one Janet,” Monáe remarked, adding, “There’s ‘pretty,’ there’s ‘beautiful,’’ and there’s ‘fine,’ and then there’s ‘Janet Jackson-level fine.’”

In her speech, Jackson made only subtle mention of her controversial pop star brother, Michael Jackson, only in the context of his work in The Jackson Five. “Never in a million years did I expect to follow in their footsteps… tonight your baby sister has made it.” (It is rumored that Jackson chose not to perform in protest of HBO’s airing of the Michael Jackson documentary, Leaving Neverland.)

Jackson went on to thank “each and every fan. You’ve been with me every step of the way through all my ups, all my downs. I never have, and I never will take you for granted. I love you with all my heart. Thank you so much. Thank you God for giving us life. … With God, all is possible and all is good.

She ended her comments by encouraging the Rock & Roll Hall of Fame to “induct more women” in 2020.

Ahead of her headlining performance at Glastonbury, Jackson will next head to Las Vegas for a 15-night residency celebrating her storied career and the 30th anniversary of Rhythm Nation. The production is dubbed “Metamorphosis”, and you can find tickets here. You can revisit her inimitable catalog for yourself by picking up some vinyl here.

Also joining the RRHOF this year are Radiohead, Roxy Music, Stevie Nicks, The Zombies, Def Leopard, and The Cure. Check out full coverage of the event here, and watch the full thing when it airs on HBO on Saturday, April 27th.