The art pop auteur discusses her name change, relationship with Elon Musk, and new album with The Wall Street Journal 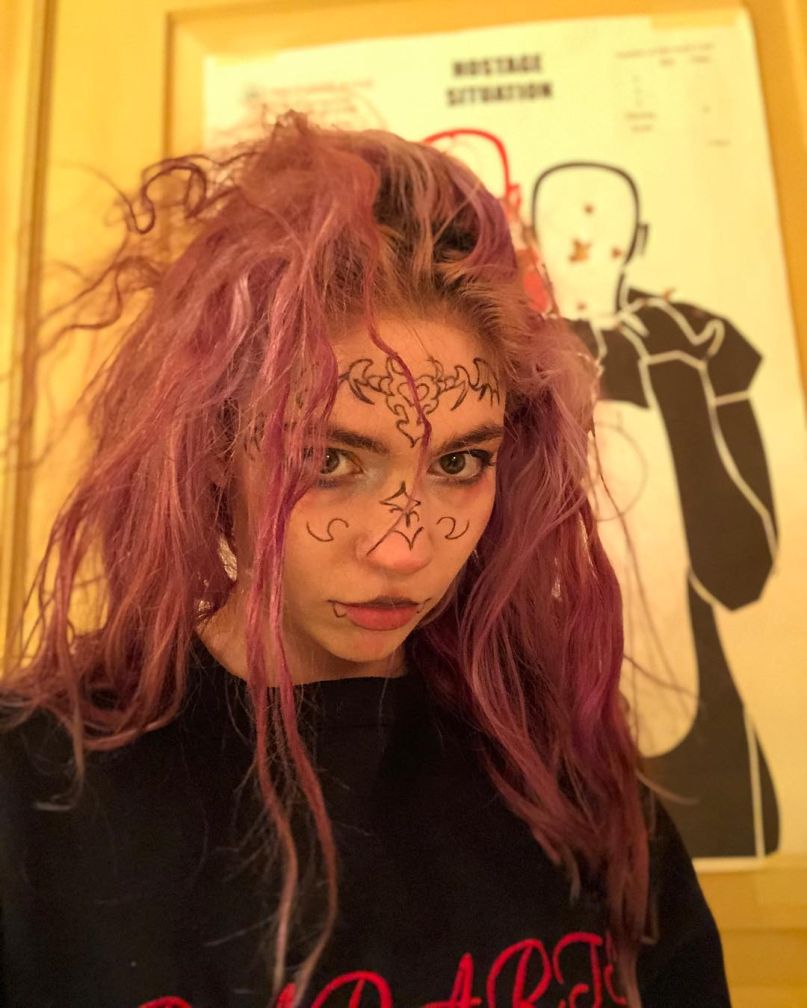 Last night, Grimes announced the release of her long-anticipated new album, Miss_Anthrop0cene. In a new interview with The Wall Street Journal, the art pop auteur revealed more details on the impending release. She also reaffirmed the changing of her legal name from “Claire” to just “c”, while also revealing that she intends to kill off her “Grimes” moniker. She also spoke at length about her relationship with Tesla founder Elon Musk, who she has been dating for the last year.

In the interview, which was conducted by Ryan Bradley, Claire Boucher asked to be referred to simply as , “c” (lowercase and in italics), which is the symbol used to represent the speed of light. Though, even that name change is temporary.

“‘Claire,’ c says, “is done and dead.” But “c” is not long for this world, either; “c is an intermediate name.” Her new name, after c, will be something else entirely. Not even necessarily anything like Grimes, but, c says, “the main character of my book.” In fact, c—or, for the sake of simplicity, she—is constructing not merely a book, but a whole world. “Like J.R.R. Or George R.R.” (Tolkien and Martin.) “Only, the songs will come first. It’ll be like Sailor Moon and Game of Thrones, and yeah, it’s super, super pretentious….” Conversation with c is like, well, it’s like traveling at approximately 186,282 miles per second.

Explaining that she’s “super bound by the limits I’ve set for myself,” c also intends to abandon her professional moniker as “Grimes” in the near future. “I think I’ll kill ‘Grimes’ soon,” she said. “It will be a public execution followed by—by something else. I shouldn’t say yet.”

When asked her relationship with Musk, c “nearly collaps[ed] on the floor in a long, pained groan,” Bradley writes.

“Don’t tell him I groaned just now,” she says. “I groaned out of, I don’t know, feminism. I mean, he’s a super-interesting goddamn person.” Then she stops. Up to this point, conversation has raced at a speed-of-light clip. Now there are vast pauses, chasms of ellipses while she talks around an entire aspect of her life she seems to still be figuring out how to navigate. (Musk says via email, “I love c’s wild fae artistic creativity and hyper intense work ethic.”)

c added that she was “simply unprepared” for the public scrutiny she received once they went public with their relationship. She specifically referenced an incident in which she defended Musk following allegations that he attempted to squash a union being formed at Tesla.

“I’ve just been wallowing in indie music for, like, a decade.… I just thought I could keep going along in my funny little way, and then you casually respond to someone in a tweet and it’s on Fox News, and you’re like, Ugh, you know? That was a very disturbing moment.” She’s referring to a now-deleted tweet in which she responded to allegations that Musk attempted to squash a union being formed at Tesla. “I was like, ‘Oh, I can never tweet about…. I need to watch who I f—ing retweet,” she continues…

“People, friends, keep being like, You shouldn’t have to change! But you know what? The world is a bitch. Accept the world. Instead of wishing it was different, figure out what you gotta do and do it.” Then, a moment later, “And look, I love him;”—she won’t even say his name, but she’s talking about Musk—“he’s great. There’s got to be some reason. I just think….” And now, starting and stopping again, she begins to contort her body slightly smaller, as if disappearing into a ball. “I wish.” Another stop. “Yeah. It doesn’t matter.” More thinking. Contorting. Shrinking. Then she straightens up. She has moved on. “Cool,” she says. And that is all she will say about that.

She did, however, decline to address the ongoing legal drama surrounding Musk, which came about after rapper Azealia Banks spent a weekend with the couple and divulged that Musk was on drugs and  “scrounging for investors” after tweeting plans to take Tesla publish. Both c and Banks have been subpoenaed in a class action lawsuit.

Elsewhere in the interview, c spoke about her new (and final?) Grimes album, Miss_Anthrop0cene, which is due out this Summer. “It’s a concept album, about anthropomorphizing climate change,” she explained. Miss_Anthrop0cene is “like, this death god.” But also: “It’s fun. I want to make climate change fun. People don’t care about it, because we’re being guilted. I see the polar bear and want to kill myself. No one wants to look at it, you know? I want to make a reason to look at it. I want to make it beautiful.”

She’s planning to complement the album’s release with a series of elaborate visuals and PSAs, which she hopes to air on MSNBC.

She has this idea, though she thinks it’s likely too expensive to pull off: She’s sitting naked at a table like it’s The Last Supper, only she’s surrounded by endangered-animal corpses, and she—Grimes/Miss Anthropocine—is eating the bloodied bits of raw flesh. “Like, I’m eating an elephant head.” She’s got bigger plans even than that. “What I really want to do are these pro-apocalypse PSAs, where I light a tree on fire and I’m like—” she snaps her fingers, does jazz hands, “Climate change! Yeah. Or, I’m there eating zebras and elephants…all this terrible stuff.”

You can read the full interview here.