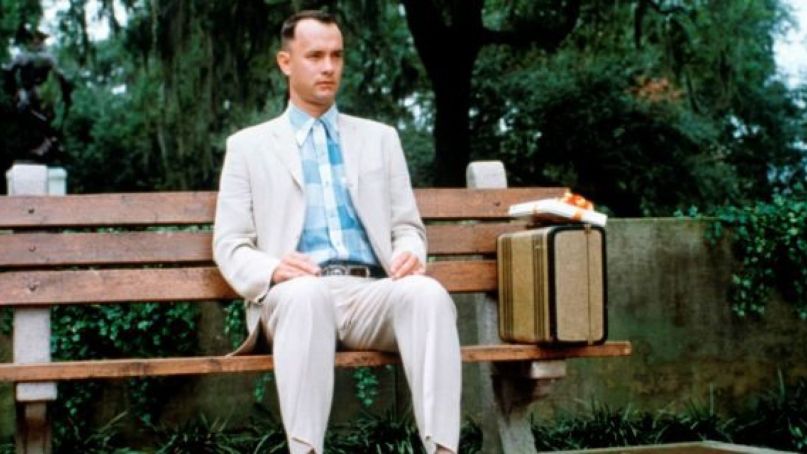 This July, Forrest Gump will celebrate its 25th anniversary. On Monday, Eric Roth, the writer behind the classic 1994 film, spoke to Yahoo! News about an unmade sequel that was considered in the early 2000s. In the interview, he detailed the twists in the follow-up’s script and explained the reason why the movie never made it to production — which had a lot to do with how the world changed immediately after he finished writing it.

Roth turned in his draft for the project on September 10th, 2001. The following day, he met up with star Tom Hanks and director Robert Zemeckis to “commiserate about how life was in America and how tragic it was” following the 9/11 terrorist attack. During their reunion, “We looked at each other and said, ‘This movie has no meaning anymore, in that sense,’” recalled the Oscar-winning screenwriter.

The sequel was going to mirror the original plot of the film, placing Hanks’ lovable hero in key moments of history throughout the ’90s. The plot called for Gump to be riding in the back of OJ Simpson’s white Bronco during his notorious 1994 police chase, with the screenwriter explaining, “He would look up occasionally, but they didn’t see him in the rearview mirror, and then he’d pop down.” The screenplay also had Forrest earning fame as a ballroom dancer, with the titular star dancing with Princess Diana during a charity event before her untimely death in 1997.

Roth also offered insight into what became of Forrest’s son and confirmed that Forrest’s love interest in the previous movie, Jenny, died of AIDS. He explained, “It was gonna start with his little boy having AIDS… And people wouldn’t go to class with him in Florida. We had a funny sequence where they were [desegregating] busing in Florida at the same time, so people were angry about either the busing, or [their] kids having to go to school with the kid who had AIDS. So there was a big conflict.”

(Read: 10 Comedy Sequels That Got It Right)

The screenwriter also noted that the sequel referenced the 1995 Oklahoma City bombing. Given the script completion’s immediate proximity to the 9/11 attacks, the scene proved to be the final nail in the coffin for the reboot. Roth detailed the plot point:

“He meets on a bus a Native American woman and finds his calling, as a bingo caller on a reservation. And the big event in that, which you could see was diminished only in tragedy, I guess, because it’s the same tragedy, but every day he’d go wait for his Native American partner. She taught nursery school at a government building in Oklahoma City. And he was sitting on the bench waiting for her to have lunch and all of a sudden the building behind him blows up… So when 9/11 occurred… everything felt meaningless.”