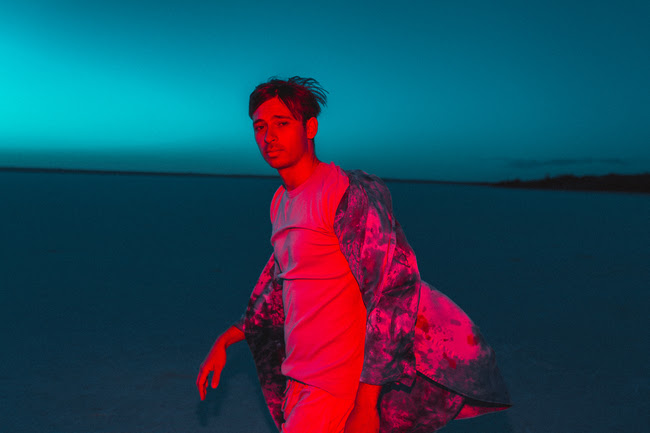 Australian producer Flume (aka Harley Streten) has dropped a new mixtape called Hi This Is Flume, marking his first collection of new music since his Grammy-winning 2016 LP Skin. The Los Angeles-based musician accompanied the effort with a visualizer created by friend, visual artist, and fellow Aussie Jonathan Zawada.

In addition to a dozen solo tracks, the new mix sports a handful of collaborations from a wide range of special guests. Baltimore rapper JPEGMAFIA is featured on “How To Build A Relationship,” while slowthai spits verses on “High Beams,” which was co-produced with HWLS. Kučka, who was featured on Flume’s 2017 release “Hyperreal”, reunites with the producer on “Voices” alongside Scottish DJ and singer-songwriter SOPHIE. Notably, Streten also drew from SOPHIE’s debut LP last year, Oil of Every Pearl’s Un-Insides, teaming with Eprom for a remix of “Is It Cold In The Water?”. Eprom also co-created the album’s final song, “Spring”.

Zawada’s visual for Hi This Is Flume spans 42 minutes, pairing the mixtape with striking visuals that draw from the natural world and urban environments. Much of the extended clip follows the producer traveling on deserted roads and exploring the desert, with occasional cuts to empty highways and run-down gas stations. Watch for yourself or stream the new effort below.

Earlier today, Flume was announced to play Lollapalooza in August.

Hi This Is Flume Artwork: