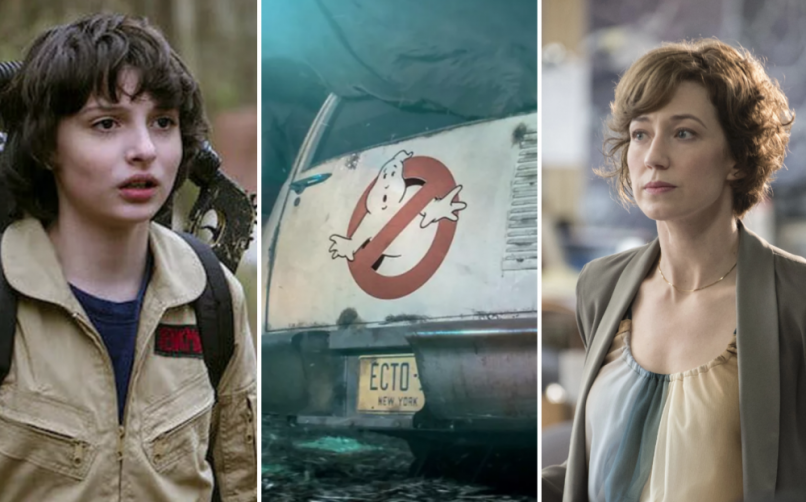 Who ya gonna call? Apparently Finn Wolfhard and Carrie Coon.

According to Variety, both the Stranger Things star and the Fargo actress are in talks to join the forthcoming Ghostbusters sequel from Jason Reitman. Sources tell the publication that Coon would play a single mother with Wolfhard playing her son.

As previously reported, Reitman, aka son of original director Ivan Reitman, will co-write and direct a new sequel that will be set in the original universe. Reitman co-wrote the script with director Gil Kenan (Monster House, Poltergeist).

Shooting begins this summer and early reports suggested he’s looking to cast four teenagers — two males and two females. Currently, none of the original cast has signed on, though both Ernie Hudson and Dan Aykroyd are waiting for the call.

Not surprisingly, the film has already been awash in controversy for ignoring Paul Feig’s all-female reboot in 2016. While Leslie Jones slammed the production shortly after its announcement, Feig has since given his blessing.