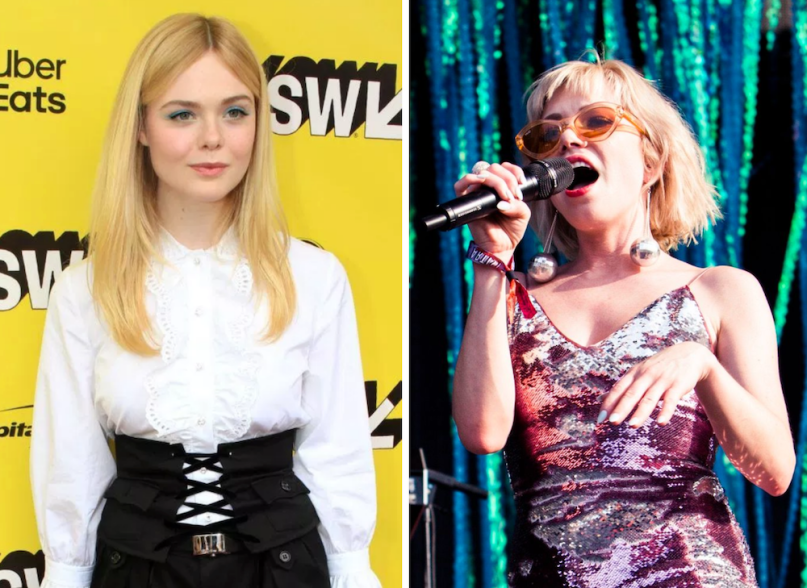 Elle Fanning stars in Teen Spirit, the forthcoming directorial debut from The Handmaid’s Tale actor Max Minghella. In the feature, Fanning portrays Violet, a shy English teen who pursues her passion for singing by entering an American Idol-like competition.

Keeping in line with the film’s premise, its corresponding soundtrack is chock-full of pop music, many of them popular hits sung and reimagined by Fanning’s character. Previously, we heard Fanning’s Violet cover the Robyn classic “Dancing On My Own”. For our latest music preview, today Fanning has shared an original song titled “Wildflowers”.

Fanning handles the vocals throughout, but her channeling of Violet isn’t the only star power presence on the track. Credited with writing “Wildflowers” are pop bigwigs Carly Rae Jepsen and Jack Antonoff, the Bleachers leader also known for his acclaimed work with St. Vincent, Lorde, and Taylor Swift. Tavish Crowe, who has written extensively in collaboration with Jepsen, also contributed.

Take a listen to “Wildflowers” below.

The Teen Spirit soundtrack also features Fanning’s takes on Ellie Goulding, Tegan and Sara, and Annie Lennox. It’s due out on shelves April 5th, with the film hitting theaters one week later on April 12th.

Revisit the Teen Spirit trailer below.

In related news, last month Jepsen released not one, but two new tracks: “Now That I’ve Found You” and “No Drug Like Me”.