Cardi B and Bruno Mars get steamy in new “Please Me” music video: Watch

A sensual clip -- especially if you love tacos 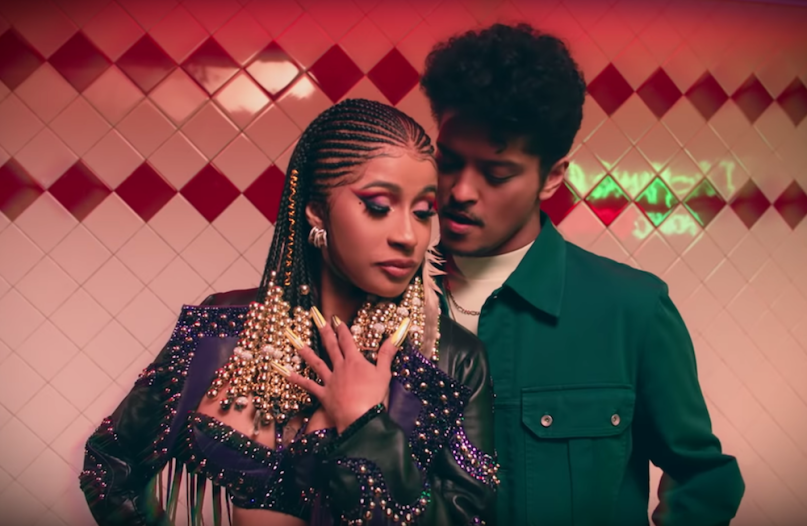 Cardi B and Bruno Mars in new "Please Me" music video

Directed by Mars himself with assistance from Florent Dechard, the stylish and vibrantly colored clip follows the two as they exchange steamy glances and sexy dance moves. At one point, Cardi even gets up on the counter and straddles three Agua Fresca dispensers.

Cardi and Mars are super entertaining and all, but honestly, the only thing that has me salivating was the sight of that steak on the grill. See it for yourself below.

The two music stars previously collaborated on a remix of “Finesse”. That single’s accompanying clip was a tribute to In Living Color.

Cardi’s Best Rap Album Grammy for Invasion of Privacy cemented her as the first woman to win as a solo artist in that category. Pick up that record as well her other past releases on ReverbLP.