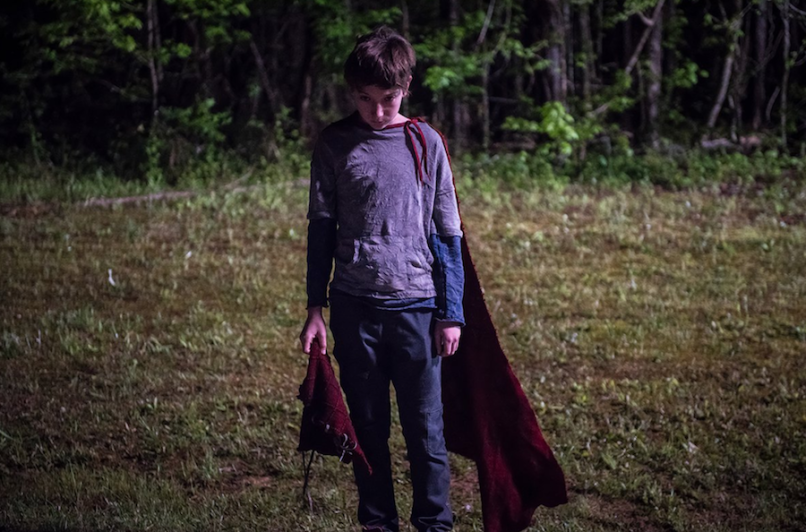 One of the year’s more intriguing (and so far, mysterious) upcoming films is Brightburn, the upcoming James Gunn-produced horror riff on the Superman legend. After all, it plays out one of the biggest questions created by the very nature of Superman, one which Watchmen, Red Son, and other stories have explored in the near-century since the character’s creation: What if he came to Earth and ended up turning against us?

Despite the impression the new full-length trailer for the movie gives, the “visionary director of Guardians of the Galaxy” is not project’s director; that credit goes to David Yarovesky. Regardless, Yarovesky looks to have built something fascinating and gruesome out of the concept, fully committing to the idea of a superpowered middle schooler taking his rage out on his classmates, the local cops, and eventually the entire town of Brightburn. Brandon (Jackson A. Dunn) is so inhumanly strong that if his parents (Elizabeth Banks and David Denham) can’t convince him of the good within, the beast that comes out when the mask comes on could take over for good.

The latest trailer offers a closer look at some of Brandon/Brightburn’s destruction, cheekily approximating the fonts and rustling crops and romantic mythologizing of a certain iconic trailer from a few years ago as it goes along. Watch below.

Come May 24th, Brightburn will hit theaters to offer a very different superhero experience in a month soon to be run by Avengers: Endgame.