"That group is one of the most talented collections of individuals" 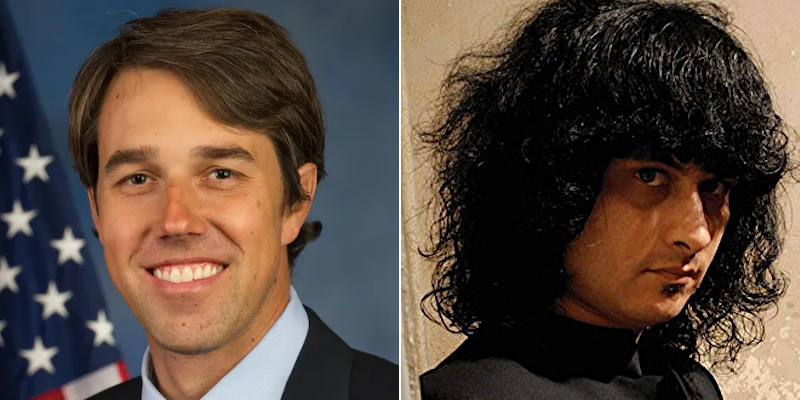 If he does indeed become President of the United States, it’s a safe bet that Beto O’Rourke’s inauguration ceremony would look a lot different than that of the current Commander-in-Chief. While Donald Trump had 3 Doors Down and Toby Keith providing the entertainment, O’Rourke could be kickin’ it with The Mars Volta.

O’Rourke, of course, played in the punk band Foss back in the day with Cedric Bixler-Zavala, vocalist in both The Mars Volta and At the Drive-In. So, the booking would be a natural fit. However, The Mars Volta haven’t been an active band since 2013, meaning any performance would involve a reunion of the experimental rock band.

He added, “Cedric and Omar [Rodríguez-López] … That group is one of the most talented collections of individuals, and I’m really proud that they’re from El Paso.” The interaction was captured in the Facebook video below.

Back when O’Rourke narrowly lost the Texas Senate race to Ted Cruz in November, Bixler-Zavala tweeted, “I don’t care if u lost. You made them tremble with the simple prospect of real change. You are one of us. I have nothing but respect and admiration for you. I’m in tears. I can only hope you run for president.”

O’Rourke recently also expressed his love for legendary Fugazi and Minor Threat frontman Ian MacKaye, telling Vanity Fair, “I have so much reverence for him and he means so much to me in my life. He really did represent this super-ethical way, not just of being in a band, or running a label, or putting on shows, but of just living.”

With the inauguration ceremony taking place in Washington, D.C., and MacKaye being one of that town’s favorite sons, if O’Rourke can get Fugazi or Minor Threat to reunite, then we’re talking about one helluva celebration!