The song promotes My Finest Work Yet, Bird's 12th studio album due out this month 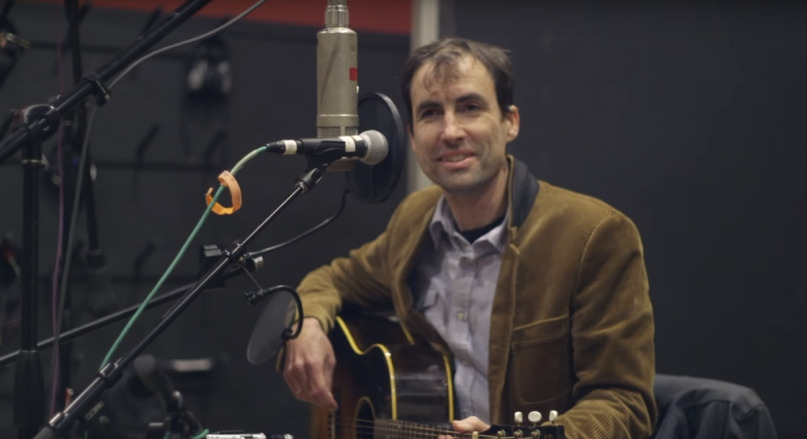 At the end of January, Andrew Bird announced his 12th studio album, My Finest Work Yet, which is due out on March 22nd via Loma Vista. Now, the singer-songwriter has previewed his forthcoming collection with the debut of a new song titled “Manifest”.

The track follows up lead single, “Sisyphus”, which dropped at the time of the announcement. Like that song, the previously released “Bloodless”, and the rest of My Finest Work Yet, the number was recorded live at Barefoot Studios in Los Angeles. Throughout the making of the Paul Butler-produced LP, Bird was joined by his band in foregoing headphones and sound barriers to create a more blended and natural sound during the recording process.

For “Manifest”, Bird’s core band consisted of Madison Cunningham on guitar and vocals, Abe Rounds on percussion, Tyler Chester on keys, and Alan Hampton on bass. The dreamy tune also sports the multi-instrumentalist’s characteristic whistling and sparse strings accompaniment, only adding to the song’s nostalgic feel. One part mournful and one part triumphant, the number focuses on the cycling of energy.

As the singer explained in a statement,

“‘Manifest’ traces our evolution from single celled organisms to modern man — then takes it further, post-mortem, to when a plant or animal becomes a fossil fuel fracked from the ground and released into the atmosphere from combustion engines like ghosts. The after-life of energy.”

Watch the in-studio music video for the song below.

To further promote the new release, Bird and company will depart on a series of album release shows throughout March and April. The famed folk artist has also noted that he will perform the record in its entirety at South by Southwest. Pick up tickets here, and while you’re at it, grab some Bird vinyl and more over at ReverbLP.