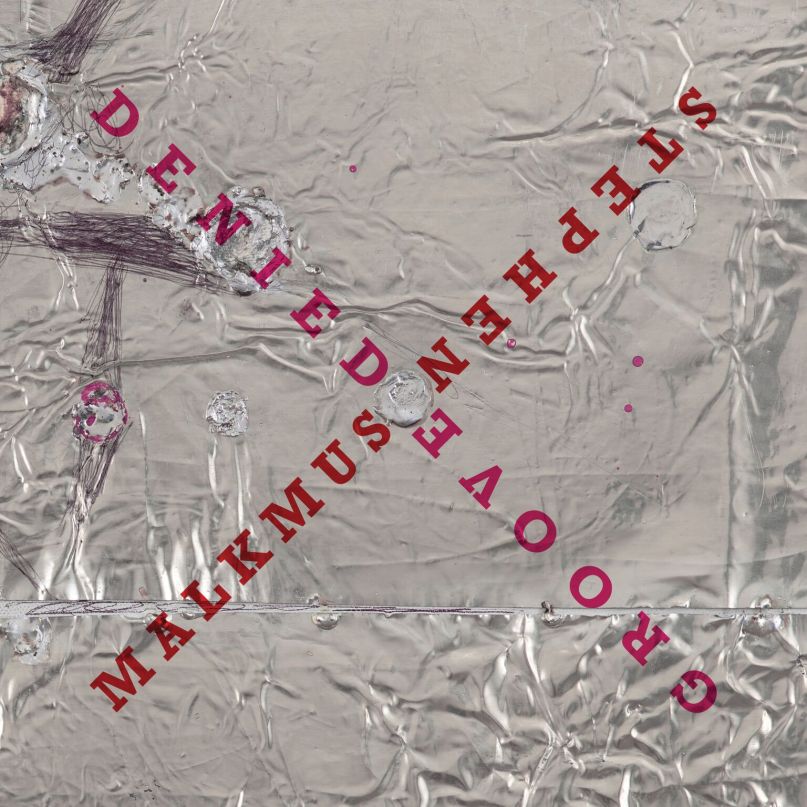 The Lowdown: Groove Denied, in its title alone, gets to the heart of the frustrations that so often imbue the work of Stephen Malkmus. It’s in the way what he leaves out is equally as significant as what is included, the manner in which gloriously poignant moments that teeter on universal appeal are suddenly halted, to be skewered with obfuscations, revealing a disdain for any sort of predictability. The Pavement discography is unimpeachable, a legacy-defining canon for Malkmus, but his solo records, both with and without The Jicks, have largely been wildly uneven affairs. Groove Denied, his first solo album sans The Jicks since his 2001 self-titled debut, is its polar opposite, as that album was still firmly in the guitar-dominated camp. This is easily the most bizarre entry in his discography, his ode to his favorite electronic music, most notably that of the esoteric German variety of the ‘70s.

The Good: This is an album admittedly beholden to the likes of Pete Shelley’s Homosapien and the Human League. Florian Schneider of Kraftwerk once parsed “cold emotion and other emotion” to Lester Bangs, and there’s an inclination to want to place Groove Denied immediately into the former camp. But to do so would be a profound disservice, as these emotions bleed and blur in Malkmus’ wonderfully twisted world. “Come Get Me” has a plaintive vulnerability as Malkmus laconically pleads, “Won’t someone come get me out on a limb here/ I can’t walk.” Malkmus in search of a clichéd rock and roll emotional rescue? Perhaps. But melody reigns supreme on this song, as it does on many throughout Groove Denied, eschewing the “Jam Nation” ethos prevalent on much of his solo discography rather unexpectedly. These are concise, Spartan songs. And they’re almost all great.

The Bad: “Bossviscerate” has a serpentine guitar dominant in the mix over sundry electronic tinctures as Malkmus’ voice soars into near Wowee Zowee “Half a Canyon” levels of umbrage. It’s a bit too “willfully obscure by numbers” for Malkmus, a trap he’s wont to fall into on every album. But here, thankfully, it’s kept to a minimum. The album also is rather monochromatic, which is both good and bad. It sustains a mood incredibly well, but there isn’t much stylistic variance. So this is a negative only fleetingly.

The Verdict: Malkmus used handcuffs affixed to his mic stand to symbolize what it was like being in a band at Pavement’s then thought to be final show in London in ’99. A victory lap reunion of course took place in ’10, and he’s made a fine series of albums with The Jicks since ‘03, but Groove Denied is the sound of Malkmus truly untethered, and once you get past the initial jolt of its radical stylistic change, you’ll recognize it for being the great album it is. Don’t let the ascetic nature of the arrangements fool you. Malkmus is trying to blow our minds, and he succeeds spectacularly,

Essential Tracks: “Come Get Me”, “Grown Nothing”, and “Rushing the Acid Frat”