Album of the Week: Jenny Lewis’ On the Line Navigates Life Changes with Verve and Wit 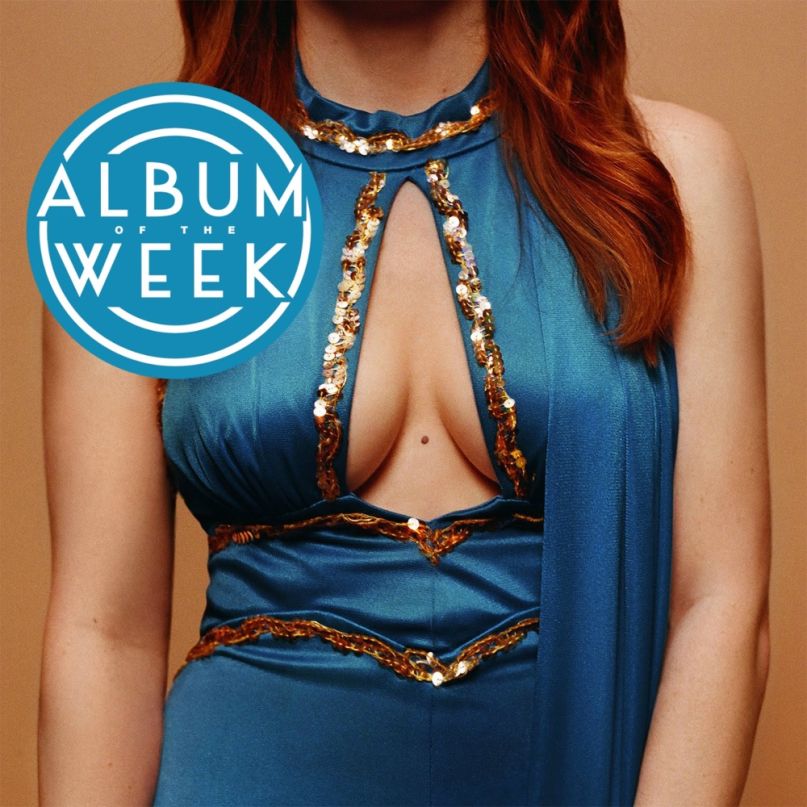 The Lowdown: Jenny Lewis is a towering figure in the world of indie rock. As the leader of Rilo Kiley, she influenced an entire generation, writing the kind of songs that inspire tattoos and mantras. Following the band’s split in 2008, her solo records have cemented her legacy, especially 2014’s triumphant The Voyager. In the five years since, Lewis has gone through a series of major life changes with the death of her estranged mother due to liver cancer and the dissolution of a 12-year relationship with musician Jonathan Rice.

After taking time to grieve and process, Lewis has returned with On the Line, a thoughtful album filled with meditations on moving past periods of strife. The album is heavy, both in terms of the content explored and the music present, arena-sized rock with a pristine polish. Featuring production from Beck and contributions from Ringo Starr, who drums on “Red Bull & Hennessey” and “Heads Gonna Roll”, Lewis has made her best-sounding record yet.

The Good: Even though she’s singing about playing Candy Crush and said in an interview that she’s most likely to be recognized by fans while shopping at Whole Foods, Jenny Lewis hasn’t lost her edge. The swagger of “Red Bull & Hennessy” booms with a wired energy, bolstered by Ringo’s drums and a raucous guitar solo, with Lewis asking, “Don’t you wanna devour the moon?” There’s a dangerous spark in her music, with lyrics about amphetamines, eating hallucinogenic apples in Austin, and drifting out to sea. The characters in Lewis’ songs are focused on escaping, whether it’s running away to Mexico or flying to Marrakesh on a private jet. “If i click my ruby slippers, would you forgive me?” Lewis asks on “Hollywood Lawn”.

On the Line is a record preoccupied with endings, especially the little details that stick out. “I wanted to please you, my dress was see-through, as I looked through your phone/ I am such a coward, but how could you send her flowers?” she sings on the wistful ballad “Taffy”, capturing the painful moments as things fall apart. Though it may focus on breakups, benders, and existential crises, On the Line is not consumed by gloom but filled with Lewis’ trademark humor and witty barbs. The sound is euphoric as well, with the swooning refrains of “Do Si Do” and “Rabbit Hole” and the serene string arrangements on “Heads Gonna Roll”.

The Bad: The album’s peak is the lush piano ballad “Dogwood”, a flashback to the end of a relationship, the fights that alerted the neighbors and the makeup sex to try and salvage things. In a moment of bold realization, Lewis sings, “You thought I was your muse, but all along it was you,” a cutting line delivered with determination. The album stalls on its second side as the surreal self-deprecation of “Party Clown” drags and the weight of the Beck-produced “Little White Dove”, the song most explicitly about her relationship with her mother, is offset by a sauntering groove that never seems to settle and only makes it more opaque. On the Line contains frequent moments that are subdued or muddled and can make the album more challenging to fall into at times.

The Verdict: Lewis’ songs have always been mature and introspective, but On the Line reaches new heights as she explores from a changed perspective. She delves into murky waters, telling the complicated stories that arise when your feelings are conflicted and strained. “Boy you had me second-guessing The Beatles and The Rolling Stones,” she sings before proclaiming, “I’m not gonna go down the rabbit hole with you” on the album’s closer, a fun kiss-off that speaks to an intent to break cycles and bust out of familiar but damaging habits. On the Line isn’t a breakup album, a death album, or even a “fuck-you” album, but one that encompasses all of it, ambitious and introspective, focused on embracing the mess and mistakes made along the way.