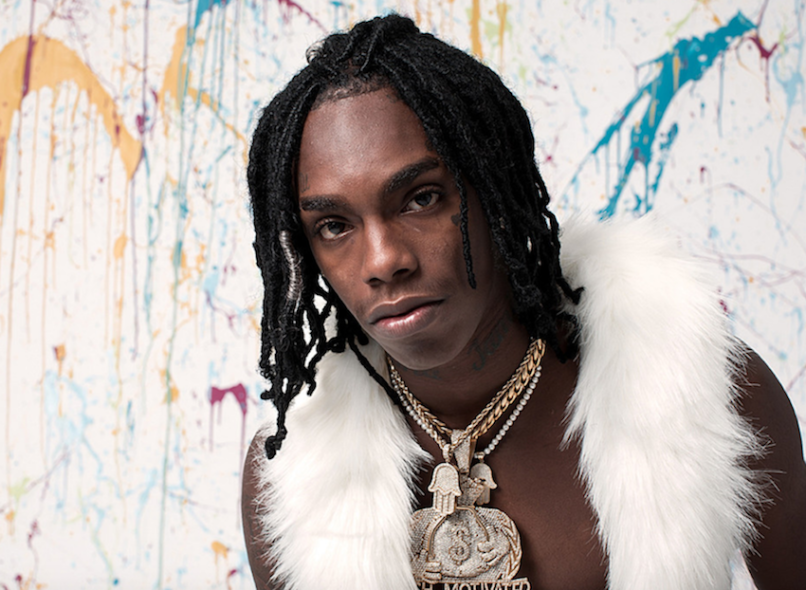 YNW Melly has been arrested on two counts of first-degree murder. The 19-year-old South Florida rapper, born Jamell Demons, turned himself over to police custody on Wednesday.

The charges stem from the October 26th shooting death of two other members of the YNW crew, 21-year-old Anthony “YNW Sakchaser” Williams and 19-year-old Christopher “YNW Juvy” Thomas Jr. According to the South Florida Sun Sentinel, Miramar police say Demons and fellow rapper YNW Bortlen (20-year-old Cortlen Henry) committed the murders and staged them to look like a drive-by shooting before the latter drove them to a nearby hospital. The exact location of the shooting is unknown, but both victims sustained multiple gunshot wounds. Police say it was Demons who pulled the trigger.

Just days after the shooting, Demons’ attorney, Bradford Cohen, told the Sentinel, “[Demons] is sad, he’s upset, obviously. Those were his best friends.”

In an Instagram post just before the arrest became public, YNW Melly told fans he was turning himself in. “A couple months ago I lost my brothers by violence and now the system want to find justice,” he wrote. “Unfortunately a lot of rumors and lies are being said but no worries god is with me and my brother @ynw.bortlent.” He went on to include Williams and Thomas’ Instagram handles and the hashtag #freeus.

Henry, meanwhile, was arrested in Houston back in January before being extradited back to Florida on Tuesday.

Despite being a rising talent in the South Florida rap scene, YNW Melly has had a long series of run-ins with the law. He spent most of 2017 in jail on weapons charges stemming from a shooting he was involved in when he was 16. He released his first EP, Collect Call, while behind bars. After releasing his debut album, I Am You, and signing to Young Thug’s YSL Records in 2018, Melly was again incarcerated on marijuana charges in January of this year. During that stint, he released his We All Shine mixtape, which featured an appearance by Kanye West on the track “Mixed Personalities”.

(1/2) Jamell Demons, a.k.a. YNW Melly & Cortlen Henry have been arrested and charged with two counts of first degree murder. The victims, Anthony Williams & Christopher Thomas Jr., were killed on 10/26/2018. The investigation, supported by forensic evidence, has concluded that pic.twitter.com/ArzVCLRxjd

(2/2) Demons shot and killed Williams & Thomas Jr. and that Demons and Henry staged the crime scene to resemble a drive-by shooting. pic.twitter.com/EukFxD4OEq