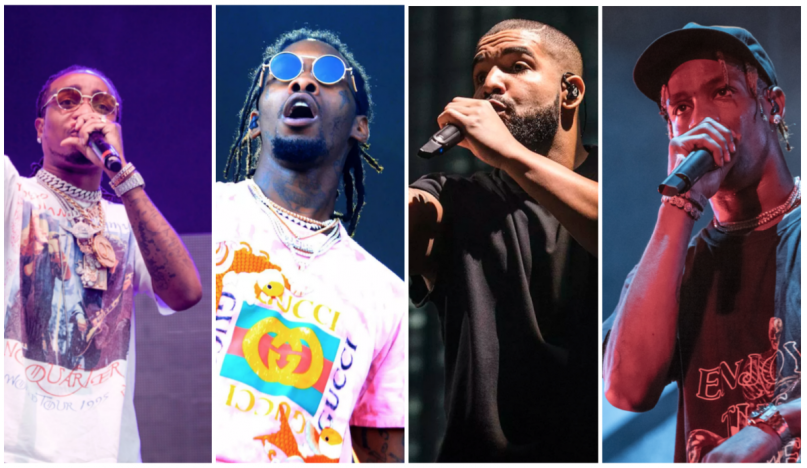 Less than a week after running away with the all-too-disappointing Super Bowl LIII Halftime Show, Travis Scott hosted his own star-studded event on Friday night during his “Astroworld Tour” stop at Los Angeles’ The Forum.

As TMZ reports, the Grammy nominee was joined by Drake, Quavo, and Offset throughout the performance. Quavo came out first for “Pick Up the Phone”, then later joined Offset for their Kodak Black collaboration “Zeze”, and finally, Drake helped close up shop with “Sicko Mode”.

If anything, the night was more of a pre-party for Scott, who will be performing Sunday night at the 2019 Grammy Awards, where he’s also up for Best Rap Album, Best Rap Performance, and Best Rap Song. Stay tuned to Consequence of Sound for full coverage of the festivities.

The latest leg of Scott’s “Astroworld Tour” runs through the end of March. You can get tickets here.