Terry Gilliam’s The Man Who Killed Don Quixote finally gets a release date, and it’s for one night only 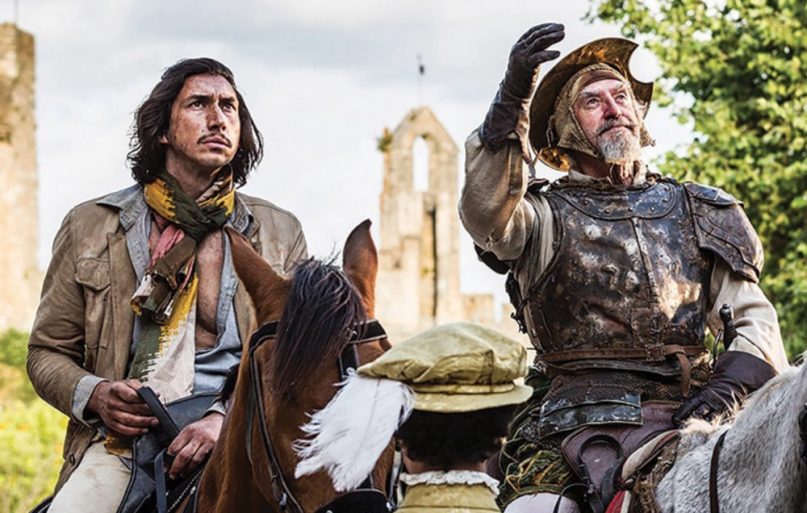 After being pushed and pulled out of development hell for decades, the veteran filmmaker’s stroke-inducing passion project The Man Who Killed Don Quixote will finally hit theaters on April 10th for a one-night special event. Tickets can be purchased via Fathom Events.

Even so, we’re beyond stoked to finally see the damn thing, and that one-night only release only adds to its mythical status. Catch a new trailer for the film below and read its official synopsis shortly after.

Toby, a cynical advertising director, finds himself trapped in the outrageous delusions of an old Spanish shoe-maker who believes himself to be Don Quixote. In the course of their comic and increasingly surreal adventures, Toby is forced to confront the tragic repercussions of a film he made in his idealistic youth – a film that changed the hopes and dreams of a small Spanish village forever. Can Toby make amends and regain his humanity? Can Don Quixote survive his madness and imminent death? Or will love conquer all?

Whether or not Don Quixote receives additional distribution in the US remains to be seen. Last year, amidst legal challenges from Gilliam’s ex-production partners, Amazon pulled out of its agreement for US distribution of the film,

Previous Story
Why the Oscars Left Many of Us Feeling Like Spike Lee
Next Story
Classic Film Review: The Passion of the Christ Still Preaches to the Converted
Popular
More Stories
[fu-upload-form form_layout="media" title="Submit Your Photo"][input type="hidden" name="ugc" value="1"][/fu-upload-form]