Even more shocking, the ad doubles as a PSA to end violence against women 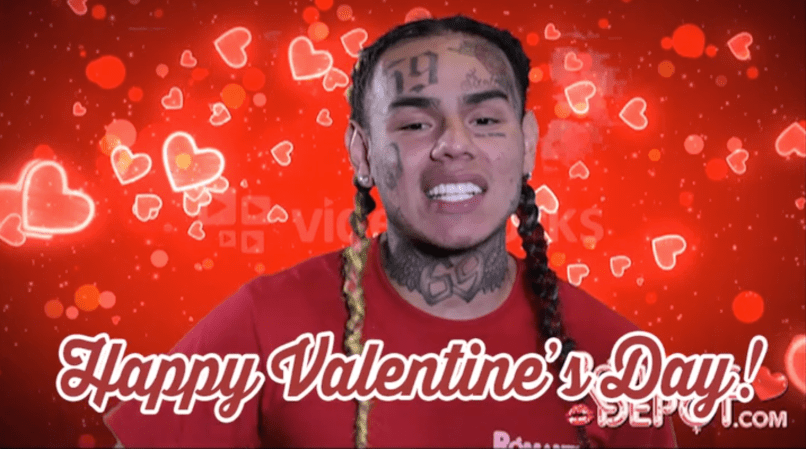 Not only is Tekashi 6ix9ine facing a lengthy prison sentence after pleading guilty to federal racketeering charges, but this week the rapper was accused of sexual assault by the mother of his child. Despite all of this, New York City sex store Romantic Depot has begun airing a Valentine’s Day commercial starring Tekashi 6ix9ine.

Even more shocking, the ad doubles as a PSA to end violence against women. The clip begins with 6ix9ine acknowledging his own past misconduct: “When I was younger I used to make a lot of stupid mistakes, but I’m ready to learn more.” He goes on, “Thanks to Romantic Depot I now know how to treat women with dignity and respect.

The commercial includes a disclaimer reading, “In no way does Romantic Depot support Tekasi 6ix9ine’s past activities.” Yet, as of Sunday, it’s still airing across the New York metropolitan area.