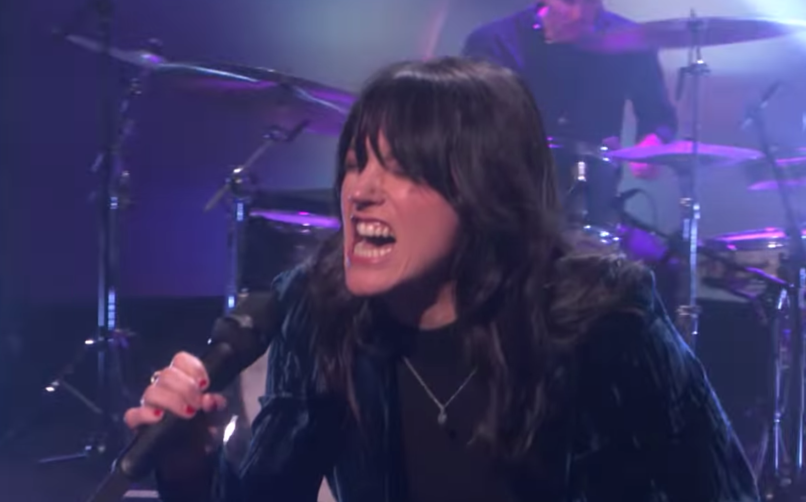 Some songs never get old and “Seventeen” by Sharon Van Etten is one of them. That outlook shouldn’t change anytime soon, especially if the singer-songwriter continues to deliver torrential performances like she did this morning on Ellen.

Slowly, Van Etten built her energy with the song, unleashing a fury towards the end as she roared right into the mic. She gets downright vicious — as you can see from the image above — and it only adds to the emotional oomph of the diamond track.

“Seventeen” is off her exceptional new album Remind Me Tomorrow, which this writer called “her most confident effort to date” in his glowing A review. Currently, she’s on tour in support, and while most of her dates have sold out, you can get in here.

In related news, Van Etten will once again star in Netflix’s The OA, which returns with its second season on March 22nd. Yesterday, the streaming giant shared its first main trailer, which you can also catch below. So much Van Etten!