R Kelly’s first stop out of jail? The McDonald’s where he *allegedly* goes to pick up underage girls 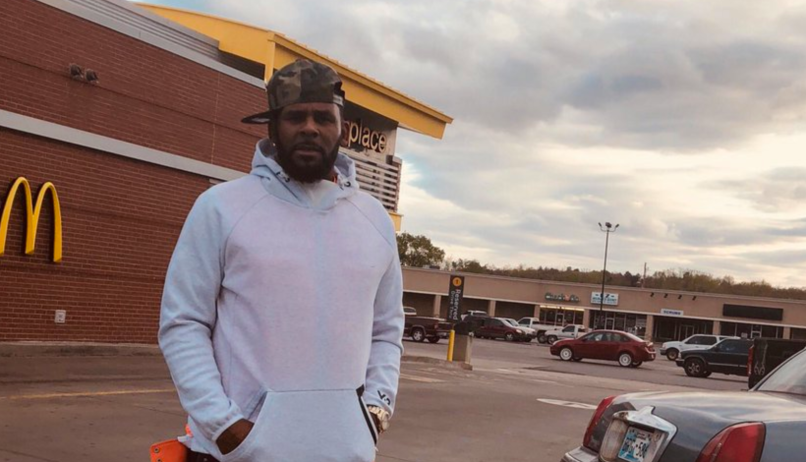 Over the years, R Kelly has made a mockery out of the sexual abuse allegations levied against him — going as far to release a 19-minute song called “I Admit It”. So, after the embattled singer posted bond on Monday afternoon, it’s not the least bit shocking to hear he made a beeline straight for his favorite predatory stomping grounds.

Kelly and his entourage stoped at a McDonald’s in Chicago’s River North neighborhood. As SPIN points out, it’s the very same McDonald’s where Kelly allegedly picked up a high school girl on her prom night in 1998. According to a lawsuit later settled out of court, Kelly impregnated the girl and then forced her to have an abortion.

Later in the evening, Kelly was seen at a cigar lounge, where he was accompanied by Joycelyn Savage and Azriel Clary — two women who currently live with Kelly and whose parents have claimed are being held against their will.

#RKelly just left the Rock n' Roll McDonalds in River North, making his first stop after bonding out of jail. Jessy Adams, a fan of R. Kelly, followed his van to the McDonalds and was able to get his signature. Now on @CapturedNews pic.twitter.com/mSKSTLKPri

R KELLY hits up McDonalds after bailing out of jail tonight in Chicago. pic.twitter.com/1X314zjzZC

R. Kelly's first stop after getting out of jail is the McDonald's in River North. Fans are playing his music in the parking lot. pic.twitter.com/0fPb4g4w43

Earlier in the day, Kelly officially entered a not-guilty plea on 10 counts of aggravated sexual abuse. He was granted bond ahead of his next court appearance on March 22nd. If convicted of the charges, Kelly faces between 40-70 years in prison. Additionally, Kelly is the subject of a criminal investigation in Georgia over claims of assault and imprisonment. Plus, a second grand jury has been assembled in the Southern District of New York, based on federal investigations by the F.B.I. and the I.R.S., according to The New Yorker, and a third grand jury could soon be convened by the Department of Homeland Security over allegations of sex trafficking.

Kelly’s attorney, Greenberg, is confident his client will be cleared of all charges. “He’s a rock star, he doesn’t have to have nonconsensual sex,” Greenberg explained to reporters on Saturday.

Previous Story
Classic Film Review: The Passion of the Christ Still Preaches to the Converted
Next Story
Album Review: And the Kids Melt into One Euphoric Dream on When This Life Is Over
Popular
More Stories
[fu-upload-form form_layout="media" title="Submit Your Photo"][input type="hidden" name="ugc" value="1"][/fu-upload-form]