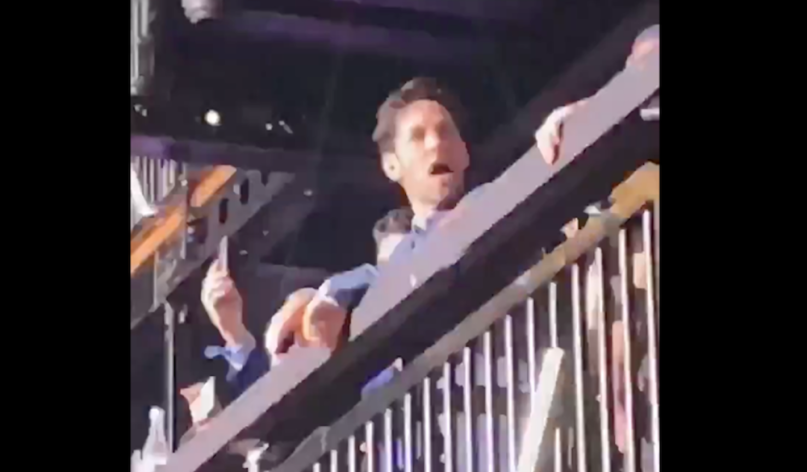 Paul Rudd rocking out at a Foo Fighters concert in Atlanta

Between Trump’s State of the Union address last night, and Adam Levine’s Chipotle bag-inspired tummy tattoos, it’s been a rather dark last few days here in America. However, leave it to Paul Rudd to remind us that we can always find a little comfort in the power of rock.

The 49-year-old actor attended a Foo Fighters’ pre-Super Bowl concert in Atlanta, and boy, did he let loose — especially when Dave Grohl & co. rolled out their cover of “Blitzkrieg Bop” by The Ramones. Fan-caught footage captured Rudd headbanging with reckless abandon, totally absorbed in the moment, living His Best Damn Life.

(Read: Study claims that attending a concert once every two weeks can add nine years to your life)

Watch the awesome footage below, and let’s remember to protect Rudd, that delightful, ageless, bass-slappin’ human, at all costs.

Grohl had a similar badass reaction while attending a Metallica concert back in 2017. The Foos frontman was seen front and center rocking out in the snake pit.

If you prefer to enjoy Foos from the comfort of your own home, head on over to ReverbLP to purchase their releases on vinyl.

Previous Story
Film Review: The Lego Movie 2 Shows Us That Everything Doesn’t Have to Be Awesome
Next Story
As I Lay Dying show canceled by Memphis venue after outcry over singer Tim Lambesis
Popular
More Stories
[fu-upload-form form_layout="media" title="Submit Your Photo"][input type="hidden" name="ugc" value="1"][/fu-upload-form]