27 Years Ago, Pantera Take Metal to a New Level with Vulgar Display of Power

"That record just flowed naturally ... out of us, because as a band, we were so tight" 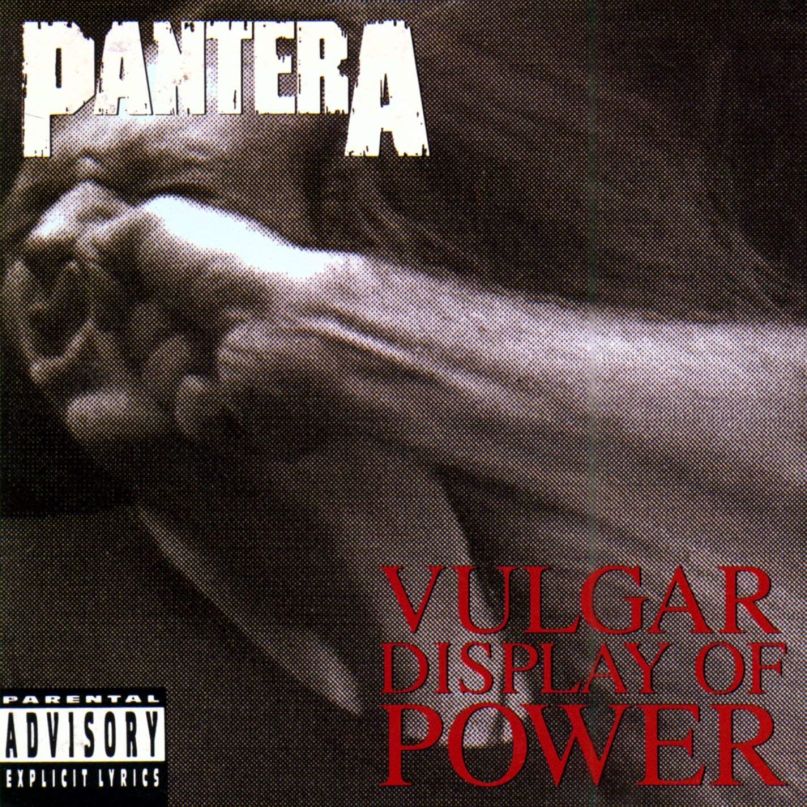 There is no question that the most commercially successful metal album of the ’90s was Metallica’s “Black Album”, which at last count, is approaching 17 millions copies sold (in the US alone). But it could be argued that the best and most important metal album of the decade was Pantera’s Vulgar Display of Power.

With an alarming number of metal bands suddenly shifting direction and approach after grunge’s great uprising in late 1991, Pantera opted instead to stand their ground, and if anything, get heavier. And it certainly didn’t hurt that they just happened to have the strongest set of tunes of their entire career, ready to rip — highlighting Phil Anselmo’s drill instructor-like vocals, guitarist Dimebag Darrell’s gonzo riffs and shred solos, and the mighty rhythm section of bassist Rex Brown and drummer Vinnie Paul, which sounded tighter than a mosquito’s behind.

But the eleven killer tracks that comprised Vulgar did not just occur by happenstance. Starting out as a Texas-based glam metal band for their first three albums (1983’s Metal Magic, 1984’s Projects in the Jungle, and 1985’s I Am the Night, which all featured original singer Terry Glaze), it was not until the arrival of Anselmo that the Pantera we all know and love finally began to take shape. 1988’s Power Metal took a step in the right direction, but it was not until the group’s major label debut for Atco, 1990’s Cowboys from Hell (produced by Terry Date), that the quartet issued their first true metal opus — mixing elements of thrash, extreme, and classic metal into the unique sound that has since been described as groove metal — while visually, going in the complete opposite direction of glam.

An undeniable buzz was surrounding the band by the time they began plotting the follow-up to Cowboys. And according to Brown in the book Survival of the Fittest: Heavy Metal in the 1990s, the album’s creation was effortless. “That record came so naturally to us in the studio. We had just gotten off the road and the ‘Walks’ were already written in soundchecks. That record just flowed naturally and seamlessly out of us, because as a band, we were so tight coming out of playing non-stop. I remember the ‘Cowboys’ tour; we only had 38 days off in a year of touring. And then coming directly back in the studio with that fire and that hunger. It’s just an evolution, a natural process, when that came out.”

He added, “Where Metallica had dropped off in the late ‘80s, we saw it was a period of time where it might be our time. And timing had everything to do with it. The timing, the songs, the way the label marketed the band – everything that’s involved. It doesn’t just take four individuals and boom, you’re there.”

Hooking up once again with producer Date, Vulgar kicks things off with one of the hardest-hitting tracks that Pantera ever offered, “Mouth for War”. And the intensity did not dip one drop — as evidenced by such subsequent headbanging classics as “A New Level”, “Walk” (which featured one of Dime’s sturdiest riffs and solos), and “F*cking Hostile”. Heck, even when they dial down the intensity momentarily on such tracks as “This Love” and “Hollow”, they still find a way to slip in a heavy part or two.

Shortly after its release on February 25, 1992, Pantera hit the road — hard — and saw Vulgar serve as their commercial breakthrough. Peaking at #44 on the Billboard 200, the album proved to be a steady seller (eventually being certified double platinum in the US), established the quartet as one of metal’s leading acts for the next decade, and also, proved to be their most-heralded recording. Case in point, what Anthrax drummer Charlie Benante had to say to Metal Insider in 2017:

“Vulgar Display still is my favorite Pantera album. I think on that record, side one especially, is just hit after hit. It has a great flow to it, the songs are awesome, the production is great — that’s another reason why I think that album works so well, the production side of things. It’s so brutal. Dime’s tone on it is just so f*cking heavy and in your face, the drums are very, very, very aggressive, the vocals are aggressive but melodic, I just think it’s their best album, to this day.”

And finally, one last example of the album’s importance — seemingly upon its release, the group’s “groove metal” sound began being replicated by other up-and-coming acts. So much so, that nowadays, it’s difficult to not detect at least a few unmistakable “Pantera elements” in a number of new metal acts. And this can all be traced back directly to Vulgar Display of Power, and its immense impact on metalheads worldwide.

Pantera’s Vulgar Display of Power is available on vinyl and other formats via Reverb LP.