The future president said he "loved" what Cyrus did on stage 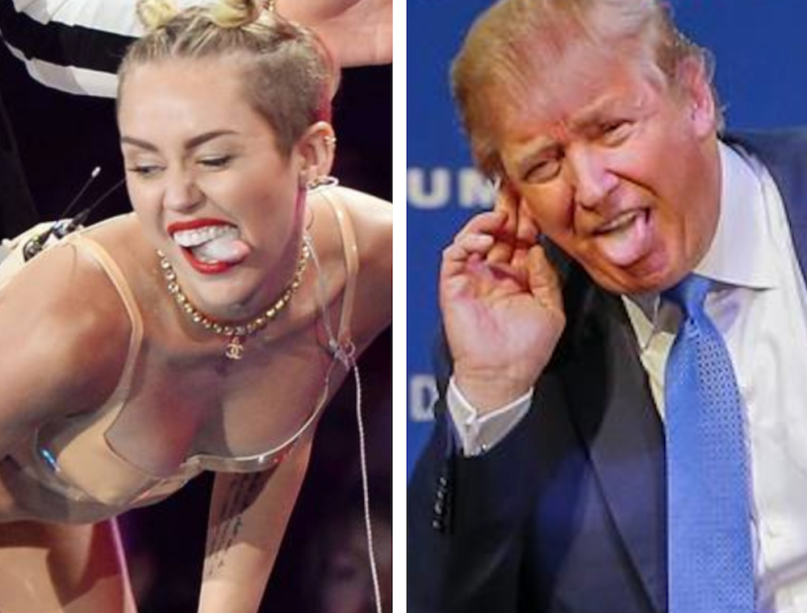 Miley Cyrus became a household name after her jaw-dropping 2013 MTV VMAs performance, which saw the pop singer twerk all over Robin Thicke with reckless abandon. The twerkapalooza even caught the leering eye of Donald Trump.

In a cover story for Vanity Fair, Cyrus recounted how Trump had actually called her the day after the VMAs to “congratulate” her on her performance. She was staying at Trump Tower in New York City at the time.

“I loved it,” he said, according to Cyrus. For reference, Cyrus was about 20 years old at the time, Trump around 66.

As creepy as the comments sound, they shouldn’t come as a surprise at all given Trump’s track record for preying on women, especially younger ones and those who work for him or avail of his business services.

Cyrus didn’t mention how she responded to Trump’s comments, but she has reflected plenty on that fateful twerk-filled night. While the VMAs performance increased her exposure dramatically, she has since said that it — along with other similar appearances — made her feel too “sexualized.”

“In the beginning, it was kind of like saying, ‘[Screw] you. Girls should be able to have this freedom or whatever,” she remarked to Harper’s Bazaar in 2017, “But it got to a point where I did feel sexualised.”

Revisit the infamous 2013 performance below.

Cyrus and Mark Ronson recently teamed up on the single “Nothing Breaks Like a Heart”. In the same Vanity Fair interview, Cyrus promised to release more new music by summer.

Previous Story
The Tommyknockers Miniseries Should Be Blasted Into Space
Next Story
Classic Album of the Week: The Smiths’ Debut Remains an Album to Fall in Love with All Over Again
Popular
More Stories
[fu-upload-form form_layout="media" title="Submit Your Photo"][input type="hidden" name="ugc" value="1"][/fu-upload-form]