Price even plays drums for the extended, rip-roaring outro 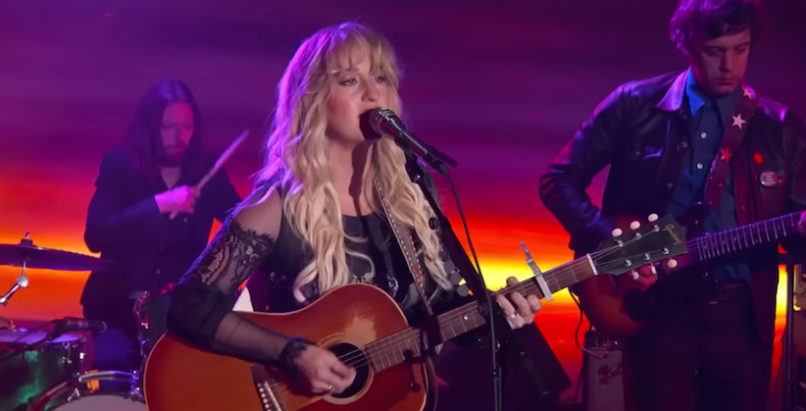 Back in 2017, Margo Price solidified her stature as a rising country star with her well-regarded sophomore effort, All American Made. On Monday night, the Nashville singer/songwriter continued to demonstrate the strength of that record with her debut appearance on Jimmy Kimmel Live.

Price delivered a spirited performance of “Cocaine Cowboys”, one of the standouts from All American. In an extended coda, she took a seat behind one of the two drum kits on stage as her band brought the song to a rip-roaring crescendo.

Watch the rendition below.

Price also performed “Loner”, another cut from All American Made, for an online-only exclusive. Check that video out below.

Price is nominated for Best New Artist at Sunday’s 61st Grammy Awards. She’ll also hit the road this summer with Chris Stapleton for several dates on his “All-American Road Show” tour. You can get tickets here.