He will appear on WHRB Harvard Radio this week, though 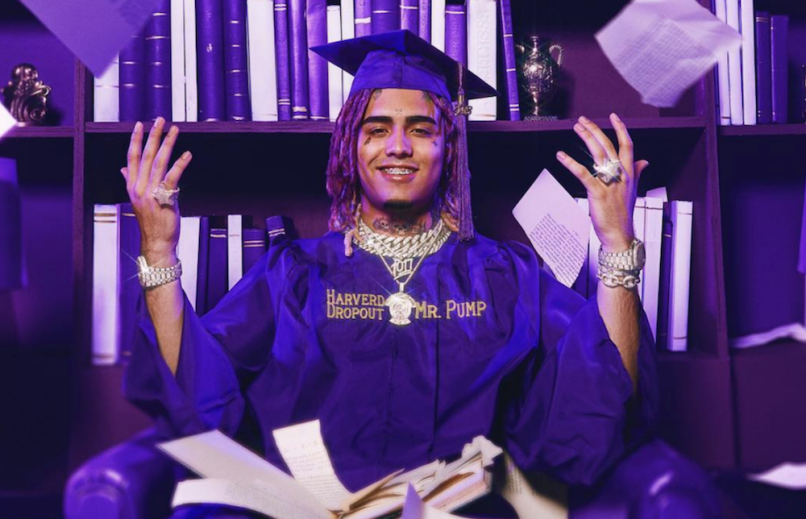 Despite the misspelled title of his new album, Lil Pump did not drop out of Harvard. He never went to Harvard. Hell, the 18-year-old never even went to any college, since he never finished high school. The Internet being what it is, however, the Miami MC has been able to cultivate the idea that he was enrolled in the Ivy League school for a PhD but left in order to “save the rap game.”

So when news started circulating that the Harverd Dropout rapper was set to give Harvard’s commencement speech, of course people bought it. Warner Bros. Records even sent out a press release “confirming” Pump would become the university’s “youngest commencement speaker in history,” something they claimed was a testament to “his status at the forefront of the culture and position as a voice for the youth.”

But no, of course the teen who rapped, “I take drugs like it’s vitamin C/ I’m a millionaire, but I don’t know how to read” is not — let’s repeat that — NOT giving a commencement speech at an Ivy League university. In a statement given to Consequence of Sound, a rep for Harvard Public Affairs & Communications confirmed that, “As previously announced, Angela Merkel will be Harvard’s Commencement 2019 speaker.” In a follow-up email, the representative added,

It should be no surprise that this has all been a marketing ploy by WB and Lil Pump. No one who refers to Bill Gates as “the guy that made Windows and PCs and shit before I was born” is going to give a speech to the graduating class of a world-renowned educational institution. It’s hard to say what’s sadder: That people actually believed this clearly ridiculous viral marketing campaign, or that it worked so damn well that I now have to write this article as if I’m actually informing the public of a dispelled rumor. Well, guess it worked, as here’s another story for Pump’s Google alert metrics.

For those who didn’t see it, you can find Lil Pump’s initial statement on being selected to speak at Harvard below.

“You don’t gotta graduate from Harvard to do this speech. I dropped out, so they called me like they called the guy that made Windows and PCs and shit before I was born. You just need a cap and gown, which I got. When I found out, I was happy to give everyone a lesson. I’m all about the youth. Yes, they are the future. This is a preview of my speech, one word: ESSKEETIT!!!!!!”