Lil Pump performs “Be Like Me” on Kimmel: Watch 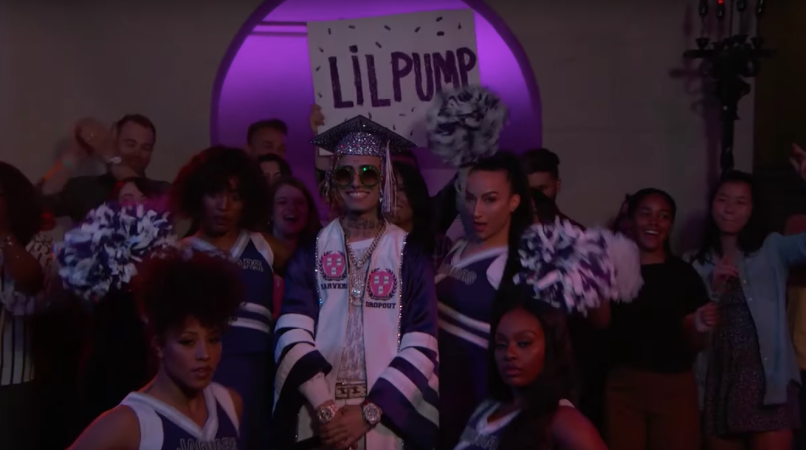 Last Friday, Lil Pump finally dropped his much-delayed album, Harverd Dropout. His sophomore LP featured a who’s who of rap’s biggest names, such as Kanye West, Lil Wayne, Quavo and Offset of Migos, Lil Uzi Vert, and 2 Chainz. In support of the record, Lil Pump made an appearance on Jimmy Kimmel Live on Monday night.

The Miami-born rapper took the stage for a performance of Harverd Dropout single “Be Like Me”, though sans the song’s collaborator in Lil Wayne. Instead, Lil Pump, dawning a sparkling cap and gown, was joined by cheerleaders and a marching band.

Replay it down below.

The new album follows a drama-filled last few months for the “Gucci Gang” MC; Lil Pump had one of his concerts evacuated last November, which was followed the next month by an arrest for disorderly conduct. However, it was reported on Monday that the charges have been dropped after bodycam video footage of said arrest went viral.

The rapper is confirmed to perform at Coachella in April, where he, Gucci Mane, and Smokepurpp are expected to debut their new collaboration under the name “Gucci Gang”. Lil Pump is also playing Miami’s Rolling Loud Festival. Tickets to his upcoming gigs can be purchased here.