Hop Along, Wye Oak, and Middle Kids On the Dangers of Power 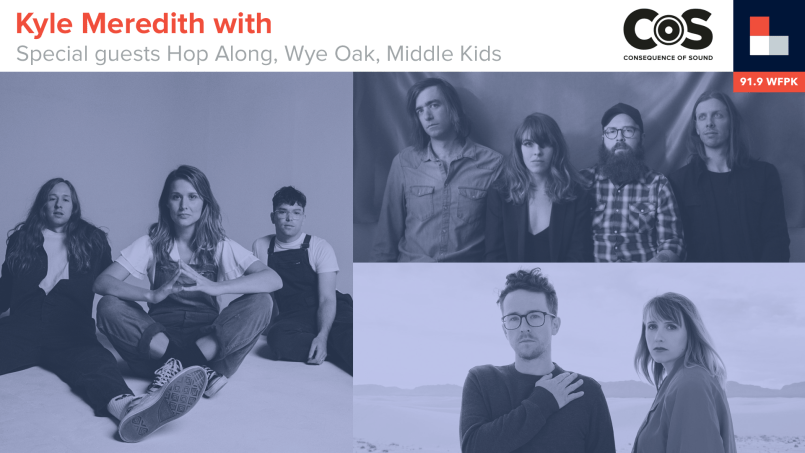 Kyle Meredith With... Hop Along, Wye Oak, and Middle Kids

On the latest episode of Kyle Meredith With…, three of today’s sharpest indie outfits close out the week with some chewy discussions. Frances Quinlan of Hop Along discusses the origins of a few tracks from the group’s newest album Bark Your Head Off, Dog. Jenn Wasner of Wye Oak opens up about expanding their sound and exploring the possibilities that come with adding a new member to their live lineup. And finally, Hannah Joy of Middle Kids touches on their growing popularity and picking up Will Arnett as a fan.