For Valentine’s Day, Kanye trapped Kenny G in a minefield of roses 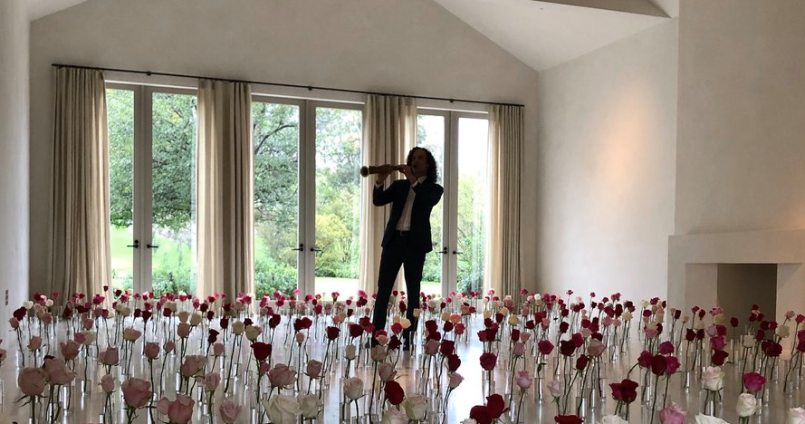 How much does Kanye West love Kim Kardashian? So much so that, for Valentine’s Day, he kidnapped Kenny G and held him hostage in a minefield of roses, demanding he play those sweet sexy sax sounds for all eternity.

Ok, so maybe that’s a bit extreme, but Kanye did bring the saxophonist to his house and had him serenade Kardashian while standing in a room filled entirely with single white and red roses with no viable passage way to escape.

Update: Kanye and Kenny G are now officially working on new music together.

Thanks for having me be a part of your Valentine's Day 🎷🌹 https://t.co/jRHyfzAugc

What does Kenny G do after this? Does he just pack up and leave like he's some local musician for hire or does he hang out with Kim and Kanye? https://t.co/Ul0ViKJ6Fk

I kept waiting for him to hit that high note that shatters every single vase. https://t.co/hV9dL6nZx0

This is like when you surround a Sim with appliances and wait for them to die https://t.co/w3ZSu8glJO

did they build the vases around kenny g, or did kenny g have to maneuver around the vases

does he just have to live there now or what

yes kanye is romantic as hell but this is low key twisted. my man kenny g is absolutely trapped in that minefield of single roses. hope he packed a protein bar cause he ain’t gettin out for a min https://t.co/uPzUrL5Tyb

when you're only 80% sure you hired Kenny G to come to the house but ok pic.twitter.com/fOQQvLISY5

Kanye West’s gift to his wife was to capture Kenny G and hold him in a room of their house. He is forbidden from taking breaks and must remain standing, playing his romantic sax. If even a single vase of roses is overturned, an alarm will sound… pic.twitter.com/rpPGTq8yZz

Kenny G is 100% trapped in the Kardashian/West house and is sending out an SOS with this video. pic.twitter.com/bHPkwyzBfz

If someone happens to be near Kim and Kanye’s house, can they please check on Kenny G and make sure he at least has some water?