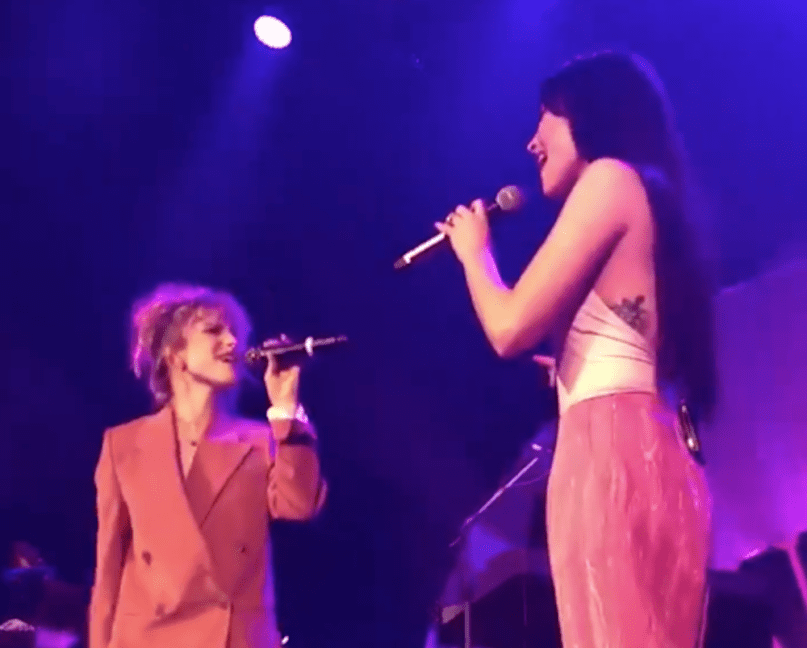 Kacey Musgraves is currently on her “Oh, What a World Tour” in support of Golden Hour, which was crowned Album of the Year at the 61st Grammy Awards earlier this month. On Wednesday night, Musgraves kicked off her four-night residency in Nashville, and she did so with help from a fellow Grammy winner and former Tennessean.

For a collaborative cover of Cyndi Lauper hit “Girls Just Want to Have Fun”, Musgraves brought out special guest Hayley Williams, as FADER points out. The country music star and Paramore singer belted, danced, and most importantly, had a heck of a lot of fun on the Ryman Auditorium stage.

Musgaves has previously declared her love for pop punk, and last summer even coined the term “yeemo” for when the emo and “yeehaw” country worlds collide, so here’s hoping these two hit the road together one day. After all, the “Kacey and Hayley Tour” has got a nice ring to it.

Watch fan-caught footage of the cover below, followed by professional photos from the concert. Musgraves continues her tour tonight with her second Nashville gig. Grab tickets to the “Oh What a World Tour” here.

Pick up Golden Hour and more of Musgraves’ releases on vinyl by popping over at ReverbLP.